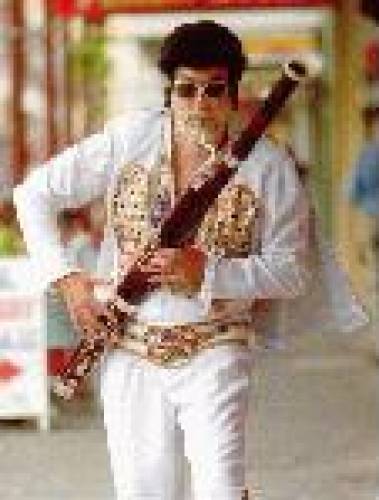 Paul Blackman first studied bassoon in Sydney with John Cran before taking up the contrabassoon position with the New Zealand Symphony Orchestra. In 1974 he furthered his studies in Germany with Albert Hennige and in London with William Waterhouse. During the following year, he was Principal Bassoon with the Australian Youth Orchestra.

In the solo recital field, his repertoire is quite extensive and he has premiered sonatas written for him by Australian composers, Colin Brumby and by Peter Webb. Over the years, he has performed in many chamber groups in Adelaide and interstate, ranging from trios and wind quintets, up to septets.

In the teaching field, he was Bassoon Lecturer at the Tasmanian Conservatorium of Music until moving to Adelaide where he was Lecturer in Bassoon at the Elder School of Music for twenty years. Now he is retired from playing allowing him time to devote to more arrangements for Score Exchange.