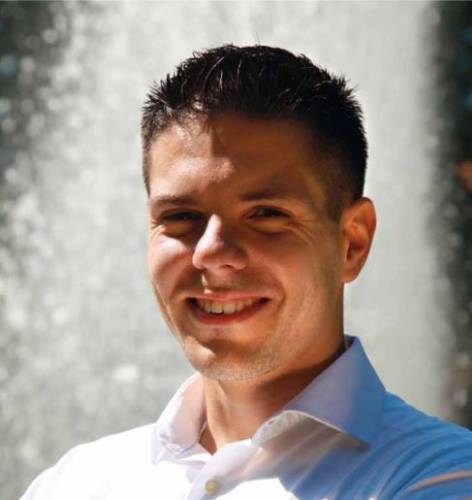 Pianist and composer Bruno Vlahek is one of the most prominent and versatile musicians of his generation. He was born 1986 in Zagreb (Croatia), where he graduated piano from the Zagreb Music Academy with Vladimir Krpan as one of the youngest students of that institution. His postgraduate studies brought him to conservatories of Lausanne, Cologne and Madrid where his teachers were Jean-François Antonioli, Vassily Lobanov and Dmitri Bashkirov. At the Hochschule für Musik Köln he studied composition and improvisation. He regularly performs as a piano soloist throughout Europe, in Asia, Africa, South America, Russia and Israel, and is laureate of many international piano competitions. He also received the title of the Young Musician of the Year given by the Zagreb Philharmonic Orchestra, and Honorary Diploma of Her Majesty Queen Sofia of Spain. His recordings were broadcasted on TV and radio stations such as British BBC3, Dutch NPO Radio 4, Catalunya Radio or Radio Suisse Romande. He is a member of the successful piano duo D&B with his wife Dubravka Vukalović. Up to date he has written around 50 orchestral, chamber, solo and choral works of various genres which have been performed on five continents in cities such as New York, Chicago, London, Berlin, Amsterdam, Cambridge, Lisbon, Prague, Vienna, Salzburg, Moscow, St. Petersburg, or Seoul, and at the ISCM’s World New Music Days in Sydney (Australia). He is laureate of the International Competition "Cristobal Halffter" in Spain, and Music Biennale Zagreb's competition in 2017. His works have been published in Croatia, United Kingdom and USA.