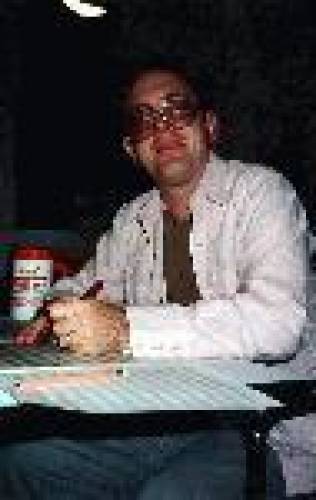 Brian Monroe is a so-called composer who has inflicted his work on the world starting at the age of 12. He wrote several works for his high school orchestra (Ingraham in Seattle) and went on to study Music Composition at Western Washington University - although administrative staff at both locations emphatically deny knowing him in rather profane terms.

He seems to thrive on unusual ensembles (including a work for solo contrabass clarinet and bass drum) and has a fair output of works ranging from recorder ensembles to full orchestra. His musical style could be termed modern classical with more than a slight touch of jazz. His works have been performed in both the United States and England - the latter venue is rumoured to have cast a chill over the US consulate staff - or at least they were left particularly cold..

There is a tendency for dark colours in his writing although a twisted sense of humour can sometimes be detected. How much longer he will continue to damage his reputation is unpredictable at this point - but he's ready to try anything once. He has also contributed a fair amount of equally mediocre books and photographs. If spotted in public, do not approach unless you have a fair amount of black licorice on your person.