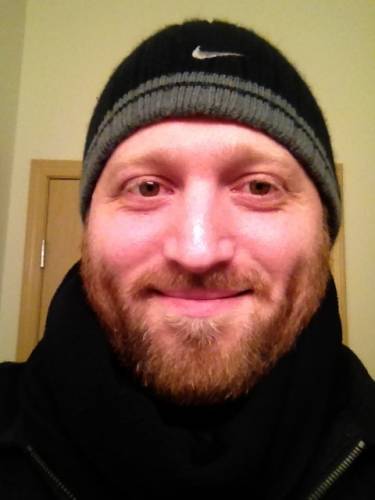 Carl Sauter began music lessons at a young age, beginning on trumpet and starting piano a year later. By the time he was 16, he was teaching piano lessons to several students and studying with Lincoln Mayorga (a pedagogical descendent of Beethoven and Czerny, among his many credentials). After high school, Carl went to bible school, where he was the accompanist for the choir his first year and intern to the music department for the second year. After graduating with a two year diploma he continued his studies at Philadelphia Biblical University. While there, he studied composition with Dr. Daniel Barta, ultimately completing a Bachelor of Music in Composition and a Bachelor of Science in Bible. Carl helped to fund his education by working for the university as the Music Theory Teaching Assistant, and also in the Audio-visual department, providing the music department with recordings of all their concerts and recitals, not to mention running live sound for many of the University events.

In his final year, his string quartet won the Commencement Musicale Competition (Composition division), and his piece "Grace" was performed by the PBU Symphony Orchestra. At his senior recital, the PBU Chorale performed two of his choral works under his direction.

Since graduation, Carl has joined American Society of Composers, Authors and Publishers (ASCAP).

"Raindrops" was written for his own wedding as the processional.

Although Carl's education has been based on classical roots, he enjoys many styles of music. "Blessed Be the Lord Our God", a modern worship song, was recorded by colleague Rich Curry as a demo in Nashville.