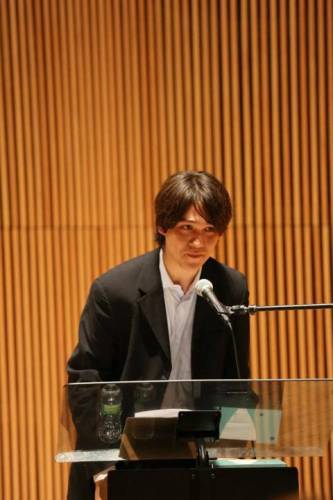 Christian Cziotka (1991) is a Composer, Clarinetist, Music Educator and Music Engraver who is a born and raised New York City. Christian is a graduate of SUNY Purchase holding a Bachelor of Music. Prior to SUNY Purchase, Christian attended the Bloomingdale School of Music’s Project Bridge and MAP scholarship programs for music. Christian began playing Clarinet at the age of 9. Towards the end of middle school through high school, at the Bloomingdale School of Music he began studying Clarinet privately with clarinetists Christopher Cullen and Oskar Espina Ruiz. In his senior year (4th year) of High School, Christian was awarded the EAMA (European American Musical Alliance) Award for his 3rd composition Keen Pirates for Flute, Clarinet, and Piano which was premiered in the Bloomingdale School of Music’s A4TY concert. His work "Japanese Suite for Clarinet and Cello" was performed and video recorded in Denmark in 2012.

Christian is also an active freelance Music Engraver. Much of his experience stems from working at Carl Fischer Music Publisher under Managing Editor, Nicholas Hopkins. Christian has engraved music for over 15 world renowned composers whose works have been performed in venues all across the globe. Some of these composers Christian has worked for are additionally Conductors, Musicians, current/former Professors of Music at Universities such as Mannes School of Music, Lafayette University, Purchase College, University of Bridgeport, etc.

Christian's first love and passion comes down to teaching music. He is a recent graduate of Brooklyn College's Advanced Certificate for Music Education program. Teaching extensively both privately and classroom settings, Christian's students have performed in venues such as Borough Hall - Brooklyn, nursing homes, and school events. In addition, his students have gone onto audition and some accepted into notable Performing Arts High Schools in New York City. He will begin his first year of teaching in Public School this September, 2014.