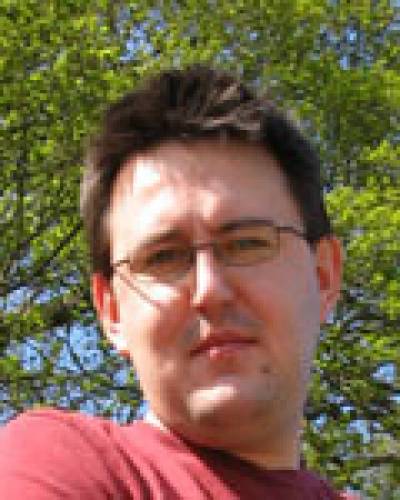 Daniel completed his BA(Hons) degree in Music from University College, Oxford in 1998, and has been working for Sibelius Software since May 1999. For two years, Daniel was also a Lay Clerk in the choir of Ely Cathedral, performing daily services with the Cathedral choir, but ever-increasing time pressures resulted in him leaving the Cathedral Foundation in October 2000.

As well as being a keen singer, having studied under Alastair Thompson (founder member of the King's Singers), Daniel is also a choral director. Between 1997 and 2000, Daniel was the choral conductor of Gli Amici della Musica, a music society run for students, by students, based in Dorset on the south coast of England. Performing three major concerts a year, Daniel tackled such repertoire as Durufle's Requiem, Bach's Magnificat, Tallis's Lamentations of Jeremiah, mass settings by Vierne and Langlais, and, most memorably, Brahms's Ein deutsches Requiem with a chorus of more than 100 singers and an orchestra to match! Daniel has served as the musical director of the 24-voice Cantilena Singers, a chamber choir based in the Cambridge area, since 2001.

Between his hectic work and musical commitments, Daniel isn't often able to find time to devote to composition, but he hopes to be able to publish further scores in future.