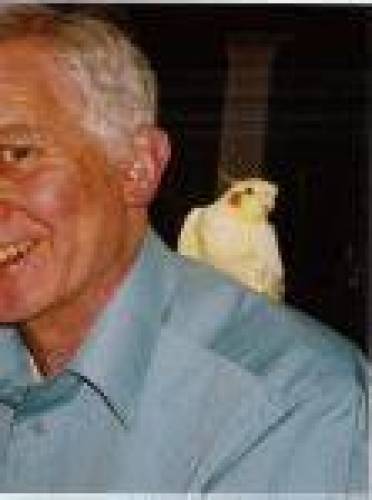 My parents were both musical - my father was a professional violinist. Early on, I played piano and wrote violin pieces and also played a great deal of the standard violin and piano repertory with him. At school I studied music with Donald Cashmore. At St. Edmund Hall, Oxford, I formed a piano trio and wrote incidental music for the John Oldham Society touring production of 'Hamlet', recorded with Professor Jack Westrup's permission, in Holywell Music Room and performed by members of the Oxford Symphony Orchestra. Afterwards I wrote incidental music for local theatre productions in what is now South London, including 'Maria Marten' or 'Murder In The Red Barn', conducting a specially formed 17-piece orchestra and members of the local Salvation Army brass band.

Whilst subsequently teaching and lecturing in Surrey and Brighton and later pursuing a career in computer software, I continued to play the piano and compose mostly chamber music for performance by local players. During this time, I studied with Jasper Rooper and for a while also with Andrew Worton-Steward.

I now live in West Sussex, United Kingdom, with my wife Margaret. Since 2003 I have used Sibelius to produce original scores and since retirement have maintained my interest in musical composition. My music includes chamber works, instrumental pieces, songs, pieces for orchestra, including incidental music for amateur theatre, and a Symphony.

Nearly all the scores here are free. If you feel like commenting on any of my music, please let me know what you think.