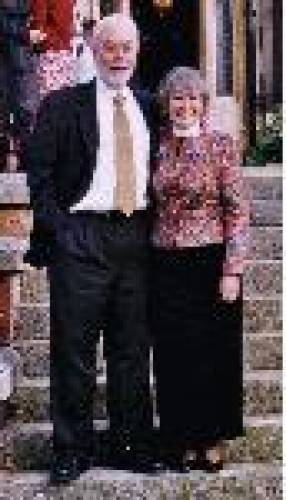 Whilst engaged in remunerative employment I have variously been a public school band director, reading teacher, cab driver, newspaper salesman, church choir director and organist, and truck driver. (Not in that order.) I lived for 30 years in Dallas TX where I was music director of the Dallas Recorder Society and director of the Texas Toot (a twice-yearly workshop for people who play renaissance and baroque instruments). I have performed on recorder and baroque bassoon with the Texas Baroque Ensemble, Orchestra of New Spain, the Texas Bach Society (San Antonio), and the Denton Bach Society. I also served as choir director and/or organist at several Dallas area churches, the most recent of which were Redeemer Lutheran Church and Kavanaugh United Methodist Church (interim).

At present I am happily retired and living in Dallas, Texas with my wife, Ann, who is a retired Methodist minister.

We lived in Reading, England, UK from 2003 to 2006 where I had the honor of being appointed the director of the Reading Spring Gardens Brass Band for 2 1/2 years, thus explaining the presence of brass band music among my online compositions and arrangements. There are "church orchestra" arrangements that were produced for the youthful church orchestra at Tilehurst Methodist Church. Upon returning to Texas, I began directing the Fannin County Community Band and there are numerous "small band" arrangements produced for that group.

I appreciate hearing from folks who make use of the music I've posted on Sibeliusmusic.com and letting me know how and where the music was used. It is the only compensation I expect from the use of most of my compositions or arrangements.

If you are looking for scores that were previously listed on this site but have been withdrawn, please contact me directly by emailing me off this page. Thanks.