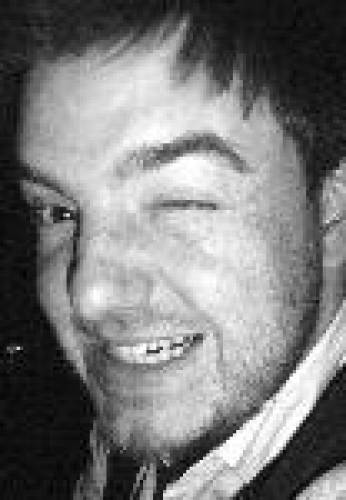 David was born in Bath in 1984, and has lived in the West Country for the majority of his life. He came to music quite late, first taking up the trumpet at the age of eleven, learning first with Steven Ayres, and later with Keith Thomas; who also taught him trombone. During his years at secondary school, David took part in every available ensemble; from string groups on double bass, to singing tenor in choirs. He also discovered an interest in composing and arranging music during his sixth form years, and arranged a number of pieces for the brass ensemble specially formed for David and other brass players in the college.

He went on to study music at the University of Surrey, where he specialised in conducting in his final year under the direction of Nicholas Conran and Sebastian Forbes. His range of conducting at Surrey was quite eclectic; mixing the serious classical works of Britten, Barber and Mozart, conducting the university's orchestra; with the light-hearted P.D.Q. Bach, smaller ensemble work and his musical directorship of the university's windband. During his time at the University of Surrey, he developed his skills as composer and arranger with the department's many ensembles, including Gemini, and various windbands, brass groups and choirs. As a performer, the eclectic nature of the music department at Surrey was perfect for David. It allowed him to explore every avenue that his multi-instrumentalism allowed him. He performed with the university's orchestra, windband, bigband, choir, pops orchestra and small ensembles. Outside of the university, David had the opportunity to work with the Guildford School of Acting, as well as the Nomad amateur theatre group and gained a solid grounding in musical theatre performing. He also worked in the education department of the London Philharmonic Orchestra, and workshops with their Open Ear Orchestra helped David develop his improvisational and compositional techniques, whilst giving him a chance to interact with other professional musicians and animateurs.

Graduating in 2006 he returned to his home town and was very soon back into his old musical life. He was invited to become Frome Symphony's Principal Guest Conductor, working alongside its musical director, Stephen Marquiss. His debut with the orchestra was in July of 2006, where he presented Nicolai's Merry Wives of Windsor Overture to a sell-out audience in the Frome Festival. He is still conducting and performing with Frome Symphony. As a composer and arranger, he is in great demand within the school system, and local ensembles also have come to him for his expertise. As a performer, David has been involved in many aspects of music in Somerset. Not only is he involved with Frome Symphony, he is also principal trombone with Terry Hill Big Band. As a pianist, David is mostly to be found behind the piano at school productions, not only at the school that he works, but others in Somerset too. His piano skills have found him a new role with music in Somerset. David has recently been involved with the Frome Amateur Operatics Society's youth group; Spellbound, and their production of Anything Goes!. He has also been made musical director for FAOS' new theatre group, specialising in rock musicals. His first foray with this new group will be in September 2008, in which FAOS will be presenting Little Shop of Horrors.

David is currently working as an instrument technician, writer and teacher for a local music workshop where he is currently working on a number of instrument manuals for teachers. His plans in the future include returning to university to become a teacher of music, and to become the musical director and conductor of an orchestra of his own. David's interests outside of music include films, computing and socialising with friends.