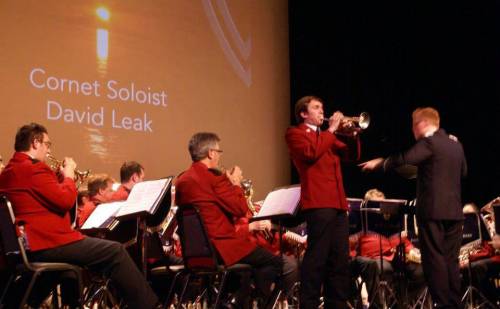 Born in 1988 I first picked up a cornet at the age of five and have been playing ever since. I completed grade eight at the age of 15 and diploma of the Associated boards of the Royal School of Music aged 16. After this I received lessons in composing and performance from Francis Clifford.

I play in a variety of ensembles varying from Jazz orchestras to Brass Bands. My roots are in the brass band playing of the salvation army and this influenes my composing heavily. I have played solo cornet with Bristol Easton Salvation Army band and the Household troops Band. As part of this I have toured the USA twice, once as a featured soloist.

I am currently principal cornet with City of Cardiff Brass Band, a Championship section band in South Wales.

I have had performances of my compositions played all over the UK, and was recently fortunate enough to have a brass band composition professionally recorded.