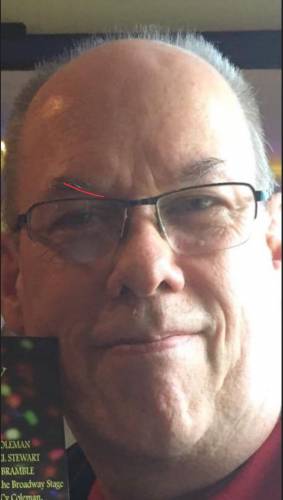 DEREK CALDER is a music teacher in the south of Scotland, and has many years of experience working with children of all ages. He has composed and arranged many pieces for his pupils to play, usually in recorder or string ensembles, and many of these pieces are included on this web-site. His musical experience is wide and varied, ranging from performing Handel's Israel In Egypt on the shores of the Red Sea, Verdi's Four Sacred Pieces at The Hollywood Bowl or Beethoven's Missa Solemnis at London's Royal Albert Hall, to presenting the first performance in Britain of the musical "NUNSENSE TWO - The Second Coming" by Dan Goggin. He is the musical director of THE RIGHT ANGLE THEATRE COMPANY, based in the south of Scotland. He has also been musical director for several companies, working on shows such as NUNSENSE (Scottish Premiere), NUNSENSE 2 - THE SECOND COMING (UK Premiere), SUMMER HOLIDAY, SISTER ACT, ME AND MY GIRL, THE STEAMIE, COPACABANA, CRAZY FOR YOU, 42ND STREET, OKLAHOMA!, ANNIE, FIDDLER ON THE ROOF, ANNIE GET YOUR GUN (NEW VERSION),Disney's BEAUTY AND THE BEAST, HELLO DOLLY!, Dolly Parton's 9 TO 5, OLIVER!, DOCTOR DOOLITTLE, HALF A SIXPENCE, A REIVER'S MOON, THOROUGHLY MODERN MILLIE, THE BEST LITTLE WHOREHOUSE IN TEXAS, HAIRSPRAY, BARNUM, MADE IN DAGENHAM, SUNSHINE ON LEITH (2020 Version) and THE BOYFRIEND.