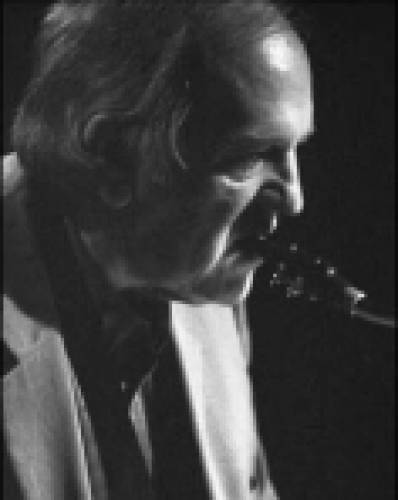 Contact Seller
Please note that you will need to sign in or register before you can contact this seller
Address:
Mr Duncan Lamont
Crescendo Magazine
2 Cadmer Close
New Malden
Surrey
KT35DG
United Kingdom

The Young Person's Guide to the Jazz Orchestra, The Carnival of the Animals, Soho Suite (commissioned for The Soho Festival), Sherlock Holmes Suite commissioned for the festival of London with Sir Spike Milligan, Cinderella, Carmen, Buddy Rich Suite and many others. His most recent being Porgy and Bess with an all-star orchestra. Duncan has arranged and conducted for the B.B.C. for many years and has recorded as a soloist and an arranger with the Metropole Orchestra. His suite Beautiful Ireland for the Ulster Youth Jazz Orchestra was performed at the Londonderry Jazz Festival.

George Shearing has recorded a solo version of Duncan Lamont's song Not You Again on a recent CD. Cleo Laine finished her performance at Carnegie Hall with Duncan's Not You Again and Sammy Cahn, the legendary lyricist wrote an article on Duncan Lamont with the quote "It makes me very happy that people are still writing songs like I Told You So" (This composition won best Jazz song of the year in America) Tomorrow�s Standards a CD of Duncan's songs recorded in New York won Best Jazz Album of the Year in Britain in 1992.

One of his most treasured possessions is a letter from Fred Astaire saying how much he liked Duncan's song Fred Astaire.

Blossom Dearie in a New York Times interview mentioned Duncan Lamont as one of her favourite songwriters. Cleo Laine has just recorded three more of his songs, also Duncan hosted an off Broadway evening of his songs.

Patti Wicks has recorded two of Duncan's songs (Where Were You in April and I Told You So) on her highly acclaimed album Love Locked Out.

Children's TV writing includes Mr Benn, voted the sixth most popular children's programme of all time in a nationwide poll, Towser, Rik the Raven, Victor and Maria, Spot and many others including five videos for Disney and one Grammy nomination for Spot

His saxophone compositions are used by the Associated Board of Music for educational purposes and examinations.

He is currently music editor for Crescendo & Jazz Music Magazine.

When Gil Evans in a magazine interview was asked who his favourite contemporary writer was, he quoted Duncan Lamont.

Natalie Cole has recorded I Told You So on her album & DVD Ask a Woman Who Knows.

Duncan Just wrote the lyrics for John Dankworth and Cleo Laine's Jazz suite for the Proms. Duncan has just completed a musical based on the television classic Mr Benn, on this note you will notice he used the name Don Warren for reasons you will have to ask him personally! The only Mr Benn where he doesn't use this name is Mr Benn Gladiator commissioned by Nickelodeon. Little known fact: Duncan played the tune on the television programme Tales of the Unexpected. Mind you he played on most classic television programmes including writing all the arrangements and performing on tv's Golden Shot. Duncan was a good friend of Spike Milligan and his wife Sheila for many years, you get a chance to read some of Spike's lyrics in English Folk Song. This is the only place you will be able to read these.

Uncategorised music
52nd Street (Vocal)
A Christmas Wish For You (Quintet)
A Great Day In Harlem (Quintet)
A Little Samba (Vocal)
A Yellow Ribbon (and love)
Be an Optomist (Vocal)
Billie Holiday
Bird (Vocal)
Carousel (quintet)
Carousel (vocal)
Christmas Morning
Duke and Swee’ Pea (Vocal)
Edward E and Mr William B (Quintet)
English Folk Song (Quintet)
Fantasy (Quintet)
Fred Astaire (Quintet)
Fred Astaire (Vocal)
Hymn For Jobim (Quintet)
I Did It All For You (Vocal)
I Didn’t Know You At All (Vocal)
I Told You So (Quintet)
I Wish That it Were You (Quintet)
It’s Christmas
It’s Such a Little World (Vocal)
Just Another Sunday (Vocal)
London at Midnight (Vocal)
Manhattan in the Rain (Vocal)
Maybe I’ll See You Again (Quintet)
Miles (Vocal)
Nat King Cole(Vocal)
Not You Again (Quintet)
Now We’re Just Friends (Vocal)
Once A Year Miracle
Over and Over (Vocal)
Santa is Coming Tonight
Scat Singing (vocal)
She’s A Woman (Vocal)
Simple Simon (Vocal)
So Do I (Vocal)
So Little Time (Vocal)
Such Pretty People (Vocal)
The Apartment (Vocal)
The Darker Side of the Rainbow (Vocal)
The Quiet Time (Vocal)
There Ain’t Nothin’ Like The Blues (Quintet or 6)
There Ain’t Nothin’ Like The Blues (Vocal)
Where Were You In April (Quintet)
Where Were You in April (Vocal)
You Should Be In Disney Land
You Were Born To Smile (Vocal)
ScoreExchange.com is operated by ADAP Solutions Ltd. ©
Sell sheet music |
Terms | Privacy |
Contact us | Blog |
Advertise | Help