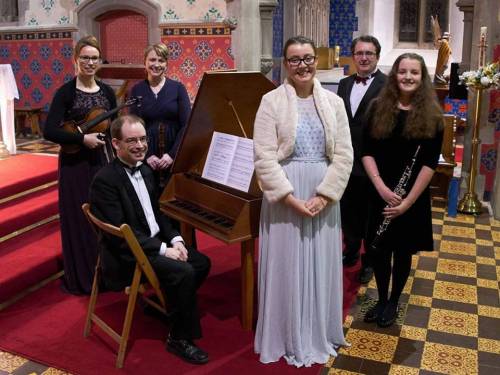 In 2016, Olivia Hunt and John Hosking decided to create an early music group, inspired mainly by the performances of L'Arpeggiata. Although Olivia has always had a deep passion for music from this period, there had never been the opportunity to perform much of it. Both musicians felt very strongly about exposing as many people as possible to this genre of music in such a way that they would leave a performance wanting to discover more.

The ensemble's name is inspired by the Italian composer and soprano, Barbara Strozzi. Strozzi died in 1677, and led a remarkable life. She had more music published in her lifetime than any other composer in that period; quite an achievement, especially for a woman at that time!

My music
Puer natus in Bethlehem
Remember o thou man