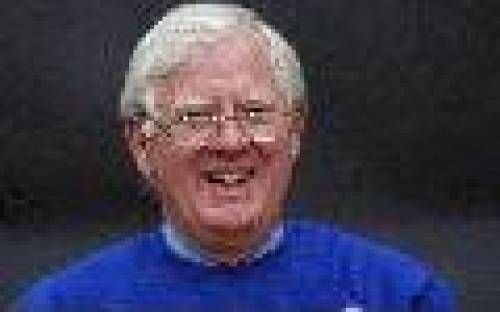 I began my musical career as organist and choirmaster at the age of fifteen. My first diploma, A.Mus.L.C.M was acquired at the age of sixteen. After National Service I became a student at King Alfred's College, Winchester and received organ tuition from Alwyn Surplice who was Organist and Master of the Choristers at Winchester Cathedral. It was also at this time that I was invited to join the Cathedral Choir as an Alto Lay Clerk.

I taught at schools in North Hampshire and Guildford - where I was Head of Music for over seventeen years. During this time I was invited to conduct many junior and senior school choirs for special occasions. I am a founder member of two choral societies in Hampshire and conducted both until I moved to Cornwall. Both are still in existence today and flourishing. It was during this time that I was awarded the Hon.L.C.M for my services to music.

In 1987 my wife and I moved to Cornwall when I was appointed Head of Music at Camelford. I soon became involved with choirs and was Director of Music for Wadebridge Male Voice Choir until I retired at the end of December 2003. During this time I also became Director of Music for Tintagel Orpheus Male Voice Choir. In 2001 I received a request to take charge of St Columba Celtic Male Voice Choir. Also in 2001 I was appointed Director of Music to Wadebridge Choral Society. In August 2010, I decided to retire from choral conducting so that I could spend more time with my wife and family. However, in January 2011 I was asked if I would conduct a group known as "The Seriously AwEful Sinfonia" from north Cornwall. This group is made up of people from all walks of life who, having chosen to learn to play an instrument, wanted to form themselves into an orchestra. There is no audition and the only restriction on membership is that potential members cannot play an instrument they have played before. The group has been so successful that it now has over 45 members. The instrumentation is typically that of a symphony orchestra but in addition we have a "Bowed Psaltery" and 3 people playing "Squeezeboxes". This has meant that I have had to arrange pieces for them to play which has been very rewarding and most enjoyable. It has all been very interesting and exciting.

Since my retirement from teaching, I have also been able to concentrate on composing and arranging for choirs as well as improving my IT skills. I have recorded and produced CD's for many choirs in the south west. Also, I produce "voice learning CD's" for choral societies and choirs. In some cases the work on voice CD's has resulted in my transcribing and producing printed scores especially where the original was a hand-written score.

In 2014 my wife and I moved to Worthing. I soon became involved in the musical life of this town. In 2015 I formed a group called "Inspired Instrumentalists" under the auspices of the local U3A. We are a very varied selection of instrumentalists. There is no music arranged for this type of ensemble and has meant that I have had to put on my "arranging" cap again. We started with 6 members and have now grown to 36. To date (Oct 2018) we have given many concerts which have been very successful. Our biggest achievement is raising over £1000 for the church of St Botolph Worthing to help with repairs to the spire and main roof. I am now in charge of the choir at St Botolph's Church and sing Counter-tenor for them whenever possible.The choir has a very high standard and is equal to that of a cathedral. We have sung services in Portsmouth Cathedral and have spent the 2017 August Bank-holiday week-end singing in Worcester Cathedral.

I am a keen golfer and have joined Barn Hill Golf Club.