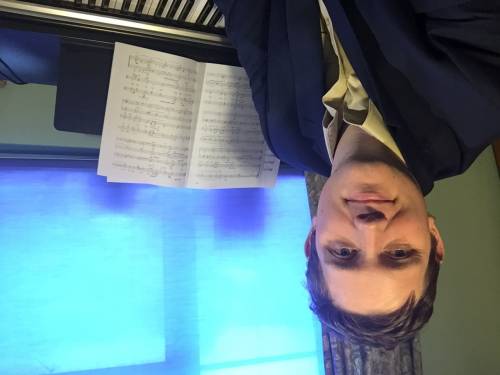 I am a graduate with a BA(Hons) in Music from the University of Plymouth with a wealth of experience and skills; a culmination of many years of drive determination. When I was at university, I was active member of various societies and through which, I made several media appearances, including “BBC Children in Need South West” with the University Big Band in 2011.

It is well documented that being at university is certainly not cheap; therefore to partially overcome this obstacle I joined the Salamanca Band of the Rifles, Exeter. Indeed, this is something that has turned out to be a massive feature in my life. For through it, I have acquired knowledge and experience, perhaps unrivalled for other people my age. Through the band I have performed in the Falkland Islands, I have played for the Queen at the Royal Garden Party and many other Royal Dignitaries on at prestigious events including a concert [Swift and Bold] at the Royal Albert Hall. A recording of the concert is going on sale around Easter 2013.

During the summer of 2012, I started volunteering at the National Roman Legionary Museum of Wales in Caerleon. This in part was following up research from my Dissertation into the Brass Music of Ancient Rome. In addition, I was also teaching the visitors to the museum about my research. The response from the public was astounding; it was something new and something different. Subsequently, I attained extremely positive feedback in the visitors book and children were going home wanting to learn!

In January 2013, I am embarked on a trip to Uganda to work with UK Registered Charity Ugive2Uganda (No. 1115196). Mainly with the Mbale Schools Band, I was teaching and conducting the band. My endeavours in Uganda were rewarded by a marked in improvement in the band and the players want me to return to Mbale. Of the many activities I have partaken in this is one of the best, I participated in so many things (including a performance with the band) and was witness to just as many. I have been enlightened through academic research and my trip to Uganda highlighted that; consequently, I am now more conscious of differences in cultural values and educated on how to approach them.