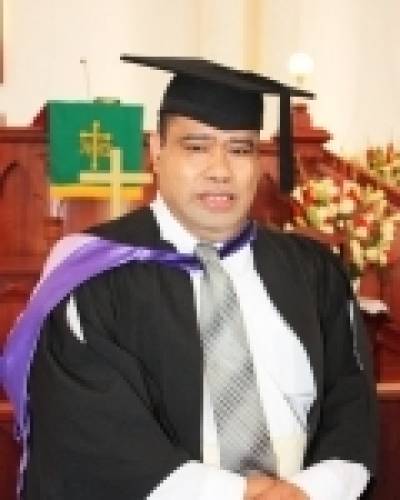 Fredrick holds a Bachelor of Music, Diploma of Business Management (Accounting), Cert IV Information Technology. He is currently a Lecturer of brass and music theory at the Australia International Conservatorium of Music.

Fredrick is the Musical Director of the Royal Hifofua Tongan Brass Band. This is a Western Sydney based Tongan Community Brass Band formed in 1996 by the Free Wesleyan Church of Tonga in Australia in affiliation with the Association for Tongan Arts and Culture Inc. Band members are mainly Australian born Tongan youths. Under Fredrick's baton the Royal Hifofua Tongan Brass Band had achieved major awards by winners of the title Australia National Band Champions and Trophy for Open D Grade Category twice in a row, 2003 in New Castle and 2004 in Launceston Tasmania. Fredrick was also awarded with the Albert Baile's Best Conductor Trophy in these 2 years. He is also the choir director and conductor of the Free Wesleyan Church of Tonga in Australia combined choir.

As a Composer he had composed sacred choral works SATB accompanied by a brass ensemble or keyboard. He had also composed studies and music for individual brass instruments, brass bands and smaller brass ensembles.

Fredrick is a member of the New South Wales Band Association, Music Arrangers Guild of Australia and the Association for Tongan Arts and Culture.