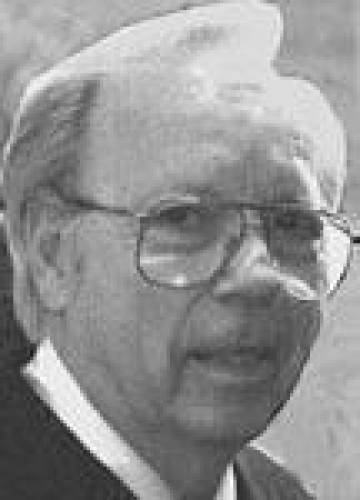 Contact Seller
Please note that you will need to sign in or register before you can contact this seller
Address:
Mr. George Frink
Carol Graphics
12 Trachelle Lane
Charleston
SC
29407
United States

* ALL FORMER PHONE NUMBERS HAVE BEEN DELETED *

FRINK PUBLICATIONS, founded by George Frink in 1982 under the name of CAROL PRESS, publishes a variety of music. The full catalog, which may be found at the carolpress.com, lists CHORAL ANTHEMS, WORSHIP and CONCERT ORCHESTRATIONS, BRASS ENSEMBLES, STRING QUARTETS, and BOOKS for the more effective music ministry.

Frink spent over thirty years as a church music director. He holds a Bachelor of Business Administration from the University of Florida at Gainesville, Bachelor of Church Music (voice) and a Master of Music (composition and music theory) from Southwestern Baptist Theological Seminary of Ft. Worth Texas. He has held church staff positions such as Minister of Music; Music and Youth, Music and Business Administrator. Before switching careers into church music he worked in a managerial capacity in the family furniture and music store in Fort Pierce, Florida.

His writing career began in the 1960's. His compositions and arrangements of choral anthems and choruses began to appear with several publishers in the 1970's and 80's. Most of these older copyrights were transferred to Carol Press during the 1980's.

The Frink Publications Sibelius website lists a small sampling of his work as well as a few works by other writers represented in the Carol Press catalog We hope you will check out that listing soon.

My other music
Amazing Grace (full orch)
America the Beautiful (brass choir)
America the Beautiful (satb anthem)
Christ Gives to All Who Will Follow Him
Christ the Lord Is Risen Today (brass quartet)
Christmas Is a Special Day (unison children's anthem)
From Heaven On High
Gentle Mary Laid Her Child (satb)
Go Tell It on the Mountain (2-part anthem)
God So Loved the World, Stainer (SB)
He Hideth My Soul (full orch)
He Shall Feed His Flock (Messiah)(string quartet and vocal solos)
I Want Jesus To Walk With Me
I Want Jesus to Walk with Me (satb anthem)
In Love He Came (SB anthem)
In Prayer I Bow Myself to Thee (satb anthem)
JOYFULLY SING
Lo, How a Rose (trombone quartet)
Lo, How a Rose E’er Blooming (brass quartet)
Savior, Like a Shepherd, Lead Us (SB)
Silent Night (full orch)
Sing We Now of Christmas (satb)
THE HAVEN OF REST
Use Me Lord (satb anthem)
WE WELCOME GLAD EASTER
Were You There? (SB)
What Child Is This (satb)
ScoreExchange.com is operated by ADAP Solutions Ltd. ©
Sell sheet music |
Terms | Privacy |
Contact us | Blog |
Advertise | Help