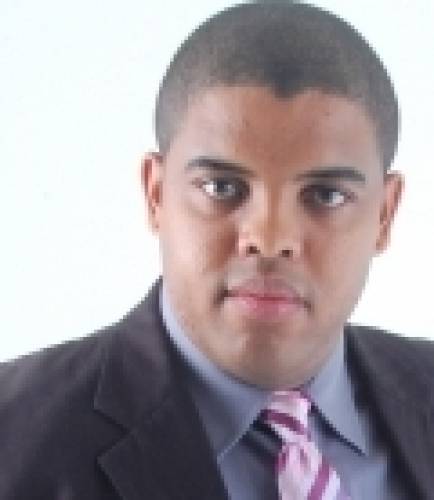 Born on 16 August 1980, Gavin Julius never really had the opportunity to study music formally. Instead, like many others, Gavin learned music theory in the New Apostolic Church (NAC) where he spent most of his childhood and teenage years. As a self-taught organist, he gained a good deal of knowledge by observing other musicians practicing and performing works from the 'great masters'. Gavin started composing hymns at the age of 17 and grew deeper in understanding of composition mainly due to his love of reading and the keen interest he took in other musicians. Gavin was asked to serve on a composition project workgroup (NAC Composers) in 2003. During May 2006, the New Apostolic Church launched their first ever children's hymn collection called 'Bright and beautiful' in which many of Gavin's compositions appear (see favourite links). His compositions also appear in the New Apostolic Church Cape's English Hymnal launched in 2008.

Children or Female Choir
Morning prayer
Jesus wants me for a sunbeam
God loves us all
What a friend we have in Jesus
Kom ons sing 'n lied vir Jesus
Little lamb, who made thee?
Joy-bells ringing, festal singing (Easter)
At the crossroads of my life
Jesus is coming again
Duets (Occasional)
O bless this house
SATB Choir (optional accomp.)
Jesus is coming again (SATB)
Blessed are they that mourn (Funeral)
Come now, O weary soul
Salvation is offered today
Solo Voice (with or without Choir)
Our Father in heaven
Lord, make me an instrument of Thy peace
Die Heer is my herder (The Lord is my shepherd)
Orchestral
El medley de Mexico
Christmas
Christmas - What sweeter music
Christmas - It came upon the midnight clear
Wedding
Night and day together (Wedding Duet)
Night and Day Together (Wedding Duet, Strings & Piano)
Male Choir Scores
Resurrection Day
So amazing to me
Uncategorised music
A Wonderful Change
Far away from here