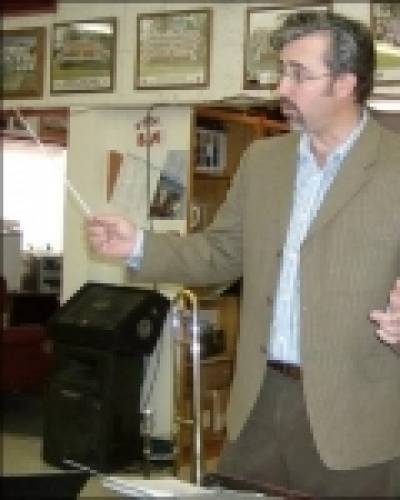 George E. Scott received his B.A. in Music from the University of Houston in 1993 and his M.A. from the American Band College in 2001. He has taught instrumental and choral music in California's Imperial Valley for 28 years.

He is an avid performer, appearing with Jimmie Cannon's Valley Jazz (bass, trumpet, trombone, lead vocals), the Imperial Valley Master Chorale (bass and featured soloist), and the Imperial Valley Symphony (Principal horn). He has also appeared on stage in such musicals as "Kiss Me Kate" (Fred Graham/Petrucchio), "Oliver!" (Fagin) and "Annie" (Daddy Warbucks).

Mr. Scott began composing, primarily for junior high and high school groups, in 2003 and has since received numerous commissions from bands, choirs and orchestras. He has premiered works alongside such legendary composers as Elliot Del Borgo and John Edmondson.