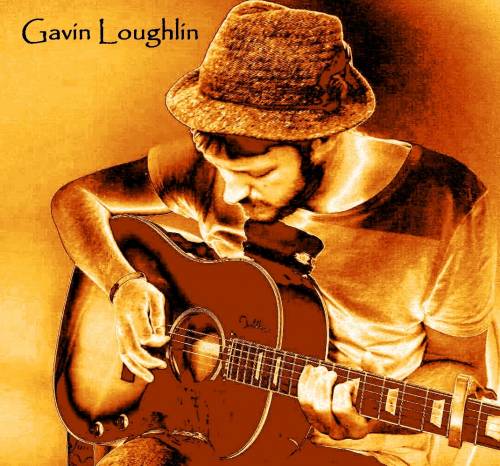 Gavin Loughlin is a multi-instrumentalist from the North of England, a music-maker and writer of the greatest songs you've never heard. You can sometimes find him busking in Leeds, or playing at one of the many open mic nights around the West Yorkshire area. He wears a silly hat to disguise his rubbish haircut, and often lets his beard grow too long.

Many of Gavin's musical projects have been featured on local and national radio stations including: BBC 6 Music, BBC York, BBC Leeds, Leeds Indie Radio, Drystone Radio, and he has played a number of shows for the BBC.

In 2014, one of Gavin's musical projects entitled: The Dark Blue 2 EP, was added to an exhibition at The Museum Wlodzimierza Wysockiego (Vladimir Vysotsky Museum) in Poland.

To enquire about bookings, collaborations, bespoke music/lyrics, or would just like to say hello, please get in touch!