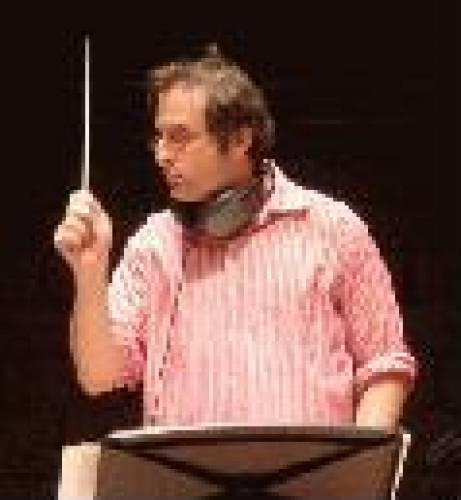 Elliott Goldkind has composed music for diverse media, ranging from orchestral and chamber music to film, television, and commercials.

Elliott's classical/concert music has been performed throughout the United States and Western Europe. His film scoring work has led to collaborations with Jeff Buckley, David Mamet and many talented young directors.

Elliott received his B.A. from Sarah Lawrence College, and received his Masters and Doctorate degrees from the University of Wisconsin-Madison. His teachers include Chester Biscardi, Meyer Kupferman, Stephen Dembksi and Joel Naumann. At the UW-Madison, he helped revive the UW-Madison Contemporary Chamber Ensemble, a group that is dedicated to performing the music of Wisconsin students/composers.

Stylistically, Elliott's music ranges from lyrical to nails-on-blackboard. Ideally, he writes with pen and paper, leaving it up to real musicians to perform. However, for film and commercial applications, various electronic/digital approaches rear their ugly heads as well.

Elliott was a founding member of the not-too-legendary New York rock bands Bones Jones and the Jones Tones, Hodgepodge Lodge, and Freak of Nature. Like too many others, Elliott is a native New Yorker living in Los Angeles.