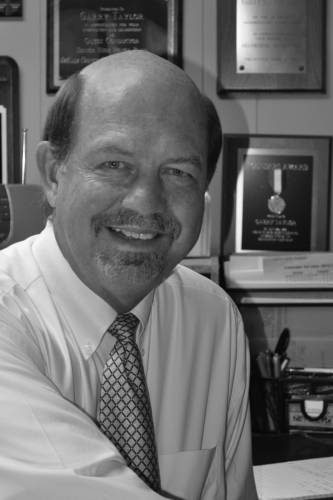 Garry Taylor received his B.S. degree in music education from Auburn University and his M.A. and A.A. from the University of North Alabama. He was a high school band director for 31 years and is active in several professional organizations, including Phi Beta Mu Bandmasters Fraternity and NAfME - The National Association for Music Education. He has served as President of the Alabama Bandmasters Association, President of Alabama's chapter of International Association of Jazz Educators, and is currently serving as Executive Director of the Alabama Music Educators Association. In 2015 he was inducted into the Alabama Bandmasters Association Hall of Fame. Mr. Taylor conducts the Cullman Community Band, is a member of the Cullman Brass Quintet and has served as guest conductor and adjudicator in Alabama, Tennessee, Mississippi, and Georgia.