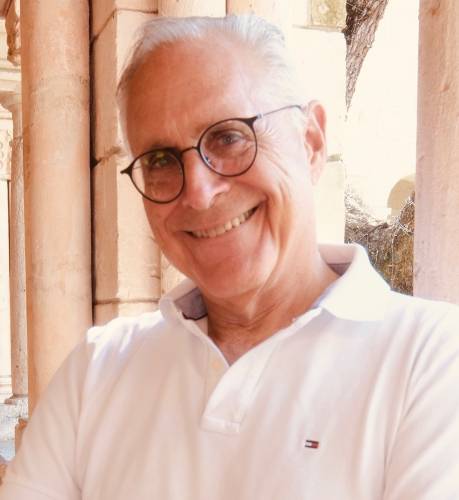 As concert organist, composer, and conductor, Haig Mardirosian is an American artist of international repute. In 1977 he was the first American chosen to play in the International Organ Week in Bonn, Germany. In June 1989 Dr. Mardirosian was one of two Americans to perform in the first Soviet/American Organ Festival. The press has universally praised his performances, in one instance calling him, "a large-canvass painter, a muralist whose expansive outlook concentrated the works' scope and power."

Haig Mardirosian has over a dozen recordings to his credit on various labels including Gothic, Centaur, Organo Phon, Mitra, Musical Heritage Society, Westminster, and Monitor. Widely recognized are his recordings of the works by Eben, Liszt, Brahms, and English composers of the 18th and 20th centuries. Recent releases include a Centaur disc of choral works of Orlande de Lassus, a program also including Mardirosian's own reconstruction of a set of canons by the Renaissance polyphonist. His newest releases include "Clavierubung Live," a live performance of the Bach, Clavierubung, part III and a new set of the complete organ works of Johannes Brahms released in 2009. Dr. Mardirosian's broadcast credits include ABC-TV, Northwest German Radio, Westdeutsche Rundfunk Radio and TV, Belgian Radio, New York's WQXR, and several live concerts from Harvard University's Busch-Reisinger Museum taped for broadcast on American Public Radio.

Haig Mardirosian's own compositions have been performed at the Berlin Festival, the University of San Francisco, and heard on ABC-TV, the Voice of America, PBS, and the BBC. He was commissioned by George Mason University to compose a cycle of secular carols in 1986 that have been performed at the Kennedy Center for the Performing Arts in Washington, D.C., and on tour in England and Wales. Several choral works by Dr. Mardirosian are published by Morning Star Music and his Fantasia/Improvisation appears in the Washington Organ Book published by CPP/Belwin.

As a writer and critic, Haig Mardirosian has contributed hundreds of reviews and features to a variety of publications. For several years he served as Music Critic for the Baltimore News-American. His by-lines have appeared in Forecast, The American Organist, The Diapason, the Journal of American Organ Building and Fanfare magazines. Although he is principally assigned to critique recordings, he has written on a broad range of topics from computer music technology to music in liturgy. He is currently a monthly columnist for The American Organist. In 1993, he traveled to Stockholm, Sweden, under the auspices of a grant from the Swedish Institute, to research and write about the music of Otto Olsson.

Haig Mardirosian is Dean Emeritus of the College of Arts and Letters at the University of Tampa and Professor Emeritus of Music at American University where he served as Senior Vice Provost and Dean of Academic Affairs. From 1994 to 2009, he was Organist and Choirmaster of the Church of the Ascension and St. Agnes in Washington, DC and from 1977 to 1990, he served as Director of Music at the Cathedral of St. Thomas More in Arlington, Virginia. He is a founding member of the Conference of Roman Catholic Cathedral Musicians and served on the steering committee of that organization. As a theorist in liturgy he was a participant in the 1992 Snowbird Utah Conference on Church Music and is a signer of the Snowbird Statement.