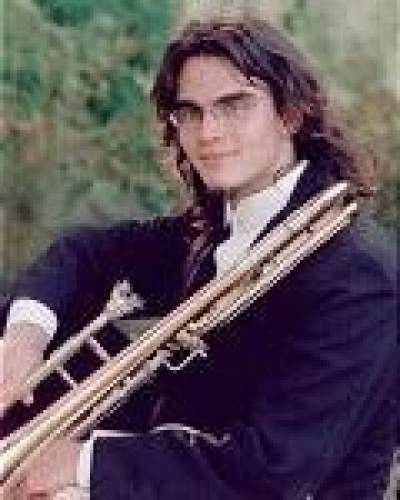 Jacob Mashak is a composer, conductor and recorder player from far upstate New York. His works are wide-ranging in scope, from Sonatina fur Conductor Seul, a humorous work for solo conductor, to Agnus Dei: Threnody, for soprano, string quartet and orchestra. His style pulls from a wide variety of musical interests and passions, from the Beatles to John Cage (not too terribly unrelated! Check out The Beatles 1962-1970 by Cage) with strong doses of Crumb, Partch, Penderecki and many others. In 2006 he was commissioned by the Cornerstone Saxophone Quartet to write a work for their ensemble and organ, celebrating the renovation of the concert organ in the Helen M. Hosmer Hall at SUNY Potsdam. As a conductor, Mr. Mashak's work has mostly been in the world of new music, directing the premieres of several composer's works, including his own. Most recently, he lead the premiere performance of his Agnus Dei: Threnody with the Crane Symphony Orchestra and soprano Tiffany Conn.

Jacob Mashak is a published reviewer of new music (in American Recorder) and is currently working on a collection of trombone quartet music, including works written by himself and his collaborator, bass trombonist David Ferrandino. He is also in the process of writing an operatic adaptation of the final scene of Arthur Miller's Death of a Salesman, as well as several other compositional projects. He holds a degree in Music Composition from the Crane School of Music, SUNY Potsdam, and is in the process of completing a Masters in Composition at Boston University. Principal teachers have included: David Heinick and Paul Siskind, composition; Charles Peltz and Christopher Lanz, conducting; Richie Henzler, recorder; and Tyrone Breuninger, trombone.