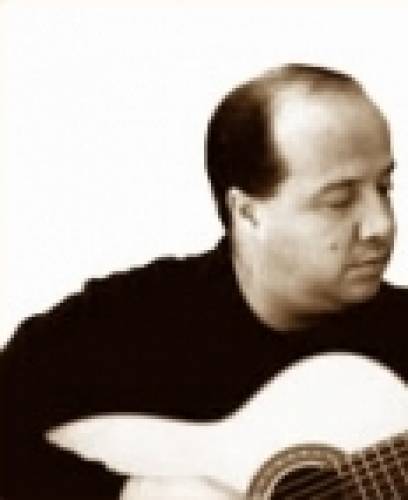 Guitar player, composer, educator and Chemical Engineer born in Colombia in 1966. He began studying music at the Conservatory of Tolima, then he studied classical guitar with GENTIL MONTANA, and later he attended master classes with Eduardo Fernández, Enrique Madriguera and Manuel López Ramos.

Over the last 15 years, he has been awarded six times with the first place as a composer and guitar player at a national level festivals as the "Festival Mono Nunez", "Festival Cotrafa" and the "Festival del Pasillo" in Colombia.

In the summer of 2009 he won the first place as a compositor in the Festival del Pasillo en Aguadas-Caldas with his piece "Limon y Menta".

His compositions are played in many countries and the most outstanding musicians have been awarded first prize with his pieces in the most prestigious musical competitions in Colombia.

First prize as a composer in the 37th Mono Nunez Festival in Colombia with his piece "Nocturnal" performed by "Nocturnal Santandereano". (June 5th, 2011)

First prize as a composer at the NATIONAL FESTIVAL OF PASILLO - Aguadas (Caldas) with the theme "Limon y Menta" writen for andean trio and performed by AFORTIORI TRIO. (Aguadas - Caldas - Agosto 2009

JAIME ROMERO has offered recitals in the most renowned concert halls in Colombia. His compositions have been published by RICHARD STOVER and played by important guitar players like CARLOS BARBOSA LIMA, WILLIAM FEASLEY and STEPHEN BOSWELL among others.

In Colombia, the Trios PALOSANTO, CROMATICO, ESPIRITU COLOMBIANO and the CUATROPALOS quartet among others have recorded his music.

His musical experience extends from broadcasting and television musicalization to complex and elaborated works of virtuoso character written originally for guitar.