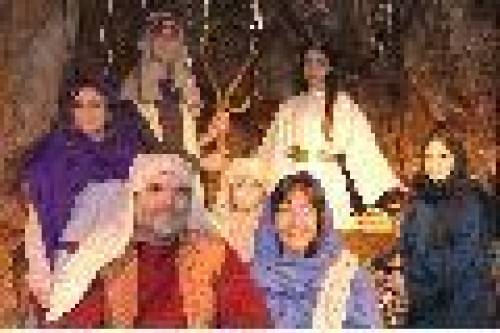 Contact Seller
Please note that you will need to sign in or register before you can contact this seller
Address:
Mr Jason Millican
Calvary Baptist Church
6511 Uvalde Road
Houston
Texas
77049
United States

Jason was born in 1960 and is a Minister of Music serving at Calvary Baptist Church (Southern Baptist of Texas Convention) in Houston, Texas, USA, since February, 2000.

Jason received a Junior College Diploma at Jacksonville College (go Jaguars!) in Jacksonville, Texas, a Bachelor of Fine Arts and Master of Arts at the University of Texas at Tyler (go Patriots!) and a Master of Music at Southwestern Baptist Theological Seminary (no known mascot) in Forth Worth, Texas. He studied theory, composition, and arranging under Gerald Orr, Mac Davis, and Michael T. Cox.

Jason enjoys setting scripture to music. He tries to compose appealing melodies which are simple and easy to sing. Many songs on this site were birthed in his personal devotional Bible study.

Let Jason know if you find any of his music usable in your worship. He appreciates all emails.

The Hymn Transposition category is a new feature on Jason's music page. Various public domain hymns are included and it allows worship leaders and accompanists to transpose each hymn into whatever key they desire. This is a free service and a labor of love for fellow worshippers.

Scripture Songs
I Am the Way
Blessed Be the Lord God
Exalt the Lord Our God (Chorus Sheet)
Search Me, O God
The Lord Be Magnified (Chorus Sheet)
Holy Is His Name
Let My Mouth Be Filled With Praise (Chorus)
Lead Me, Precious Lord (Chorus)
Love One Another
You Are My Hiding Place
Children's Songs
Watch Out, Fat Turkey
Old Testament Books Song
Choir
Praise Him with a Song
I've Never Seen Such Love
Worship the Lord
Rejoice!
Hymn Transpositions - print these public domain hymns in any key - free
When I Survey the Wondrous Cross
Nothing But the Blood
Praise the Lord! Ye Heavens Adore Him
ScoreExchange.com is operated by ADAP Solutions Ltd. ©
Sell sheet music |
Terms | Privacy |
Contact us | Blog |
Advertise | Help