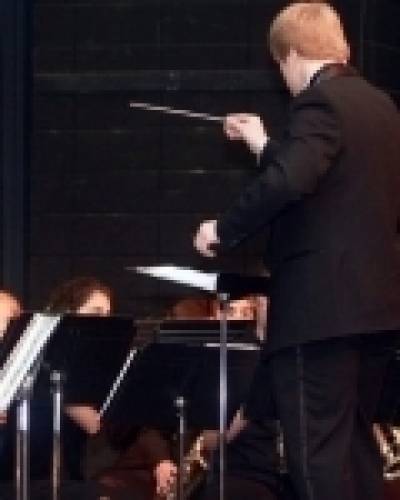 J. Cooper Schrimsher is a senior majoring in music composition at Florida State University College of Music. His passion for the arts extends from writing choral, instrumental, and chamber pieces to singing and performing in musicals and operas. As a previous member of the Birmingham-Southern College New Music Ensemble, where he studied for two years, four of Cooper's compositions premiered in various concerts.

Awards include first place from the state of Alabama in the MTNA (Music Teachers National Association) senior category division 2007 for his choral piece, "Come to the Lord." His duet for violin and piano, "Field of Dreams," was selected for performance at BSC's Composition Honors Day Concert, the Ars Nova Annual Gala in Huntsville, Alabama, and for the Birmingham Art Music Alliance's first concert of the season, 2010-2011, at Samford University. Cooper's most recent accolade includes winning the FSU Society of Composers Competition where his piece "Lo V'amo Sol Perche," written for soprano, cello, and piano, was one of three selected compositions to receive a premiere performance in February of 2012 by guest soprano artist Rachel Eve Holmes.