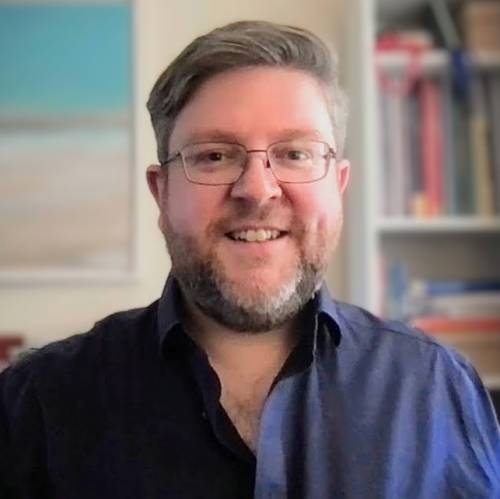 Jamie John Hutchings ​ is Music Strategic Lead Officer for Essex Music Education Hub, and an academic teacher at Junior Trinity at the Old Royal Naval College in Greenwich. Educated at Exeter School, and and organ scholar of Royal Holloway (University of London), he then held organist positions at at Chichester Cathedral and Lincoln Cathedral. He has taught in the state and independent sectors, including at The Portsmouth Grammar School, Framlingham College, Attleborough Academy Norfolk, and Headington School, Oxford.

He composes a small number of works each year, and his arrangements and transcriptions of works have proved popular across the world. In addition, he has composed a number of works including several commissions, including the Edinburgh Festival, the Choir of the World Competition, and the Vatican for Holy Week. His arrangement of "Abide with me" was performed for the Luxembourg National Day at Cathedrale Notre-Dame in the presence of Grand Duke Henri and the Royal Family, and broadcast on international television.

As organist, he has performed for SkyTV, BBC radio, television, for the Music For Youth Schools' Proms at the Royal Albert Hall, and for the All Saints' Day masses at the Vatican. ​As a choral conductor, he has directed choirs across the country, including regular performances in St George’s Chapel at Windsor Castle, Ely Cathedral, St Paul’s Cathedral London, and on tour to Paris, Rome, and The Vatican.