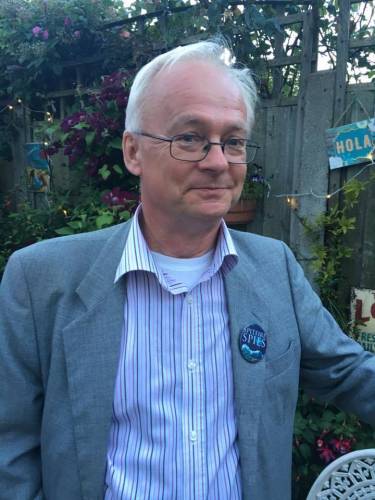 I studied music at Royal Holloway College in the 1970s but have made a living in a variety of other fields, keeping music primarily as a leisure activity, although I did play semi-professionally with Paul Ringham's London Tijuana Showband for many years. I have composed a number of orchestral works, a requiem, quite a lot of brass music (some original but mostly arrangements which due to copyright restrictions are not available on this site), and a clarinet concerto.

My music has been performed in the UK, USA, Australia, Germany, Denmark and Portugal. In 2004 I worked on a fascinating project, composing music to accompany rare early silent films, made between 1899 and 1910 by the remarkable British pioneer cinematographer, Cecil Hepworth at his studios in Walton-on-Thames. The same year I was commissioned to write a suite of music combining a conventional symphony orchestra with Asian instruments and singers for a concert in Croydon - an unlikely pairing which ended up working rather well.

I took a break from music while I researched the life and work of British actor Esmond Knight and developed a website about him (see www.esmondknight.org.uk). In November 2005 I was commissioned by Crawley Millenium Concert Band to write Tim's World, a piece to commemorate one of their members who was killed in a road accident - and this was premiered on 30th September 2006. The band subsequently commissioned a further piece from me for performance at the 2007 Crawley Festival to celebrate the 60th anniversary of Crawley as a new town.

Recently I have focussed more on the written word and in 2016 my first novel was published - Spitfire Spies. A second - Follow My Leader - is published in the autumn of 2017 and a selection of short stories sooner after - How to Steal a Piano.