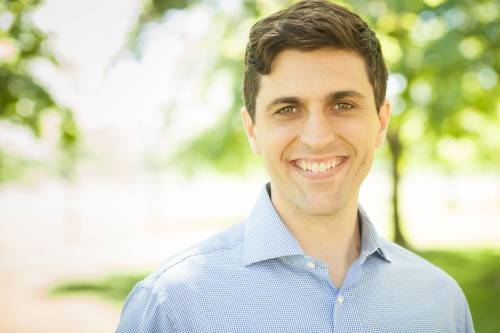 Joseph Sowa grew up playing violin and listening to orchestral broadcasts on NPR. Surrounded by these sounds, he wanted to make more of them.

His concert works have been played by the BYU Philharmonic and Chamber Orchestras, the PRISM Quartet, the Lydian String Quartet, the Quartetto Indaco, the Awea Duo, the Tower Duo, Jaren Hinckley, Daniel Stepner, and Charity Tillemann-Dick, among others.

He has been commissioned by performers including the Genesis Chamber Singers, the Farallon Quintet, Carolyn Hove, and Neil Thornock as well as foundations including the Barlow Endowment for Music Composition and the Laycock Endowment for Creative Collaboration in the Arts.

Joseph’s sacred music, including originals and arrangements, has been performed in congregations across the United States and in London. His arrangement of “For the Beauty of the Earth” was recorded by soprano Charity Tillemann-Dick on her album American Grace, which debuted no. 1 on the Billboard® “Traditional Classical” chart.

Joseph is currently the 2017-18 Fellow for Collage New Music and a PhD candidate in composition and theory at Brandeis University.