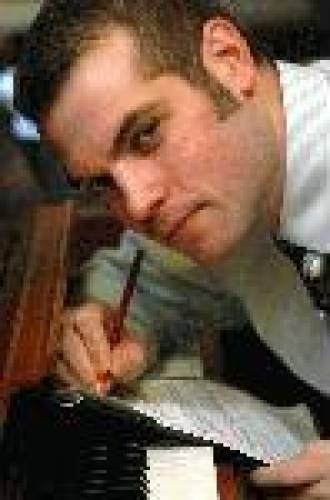 I was born in Exeter, Devon, England. At the age of three i taught myself to play the piano. From a very young age i developed an ear for music resulting in my ability to sit down at the piano and recreate any piece of music upon hearing it for the first time. A short time ago,I graduated with a high first class honours degree in Band Musicianship from the University of Salford in the UK. I also won the British Reserves Award for Academic Excellence - having achieved the highest overall mark on my course. In connection with my degree, I recently composed a graduation fanfare as part of a competition hosted by Lloyd Pigott accountants. My entry won the competition. Consequently, my graduation fanfare is now performed annually to announce the start of each graduation ceremony at Salford's multi-million pound Lowry Centre(in memory of the great painter himself, L.S Lowry). I also have high ambitions to compose for film and television. In light of this, the style in which i compose is primarily 'pictorial' and i always attempt suggest some kind of image or event through my music.

Away from composing, i am a free-lance saxophonist/clarinetist/keyboard player. I provide background music encompassing all tastes and styles appealing to young and old at a wide variety of functions spanning private dinner parties, wedding receptions and birthday celebrations to dinner dances and commercial business promotions.

I hope you can take the time to enjoy my music as much as i did composing it!