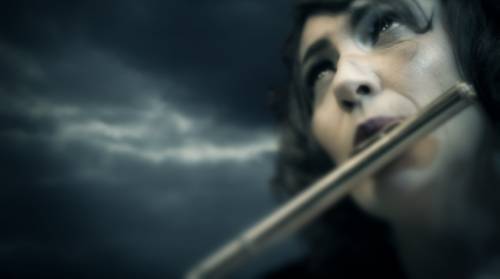 Katrina has been closely involved in flute teaching and performing for many years. After completing a performance diploma in her native Sydney she won scholarships to study with Wolfgang Schulz of the Vienna Philharmonic at the University of Music in Vienna where she completed her M.A.

Whilst in Vienna she performed with many orchestras and ensembles at prestigious international festivals and was a founding member of the Vienna Pocket Opera. With Klangforum Wien, an ensemble specialising in contemporary music, she premiered many new works and recorded CDs of music by Hans Zender, Georg-Friedrich Haas, Jean Barraqué and Beat Furrer Since moving to Cork in 2001 she has been teaching at the Cork School of Music and the ETB Cork County School of Music In 2013 she released a music video of her piece Wind on Waves and she continues to write and arrange music. Her piece Nightfire for bass flute and cello won the freescores.com prize for the best instrumental duet in 2013 and is now published by Tetractys publications. Katrina believes strongly in ensemble work and she directs CAFE (Cork Adult Flute Ensemble) She is also passionate about Irish traditional music and plays trad flute regularly in sessions. In 2013 she set off sailing around the world for three years with her husband Dave Hennessy where she collected many world flutes and recordings.