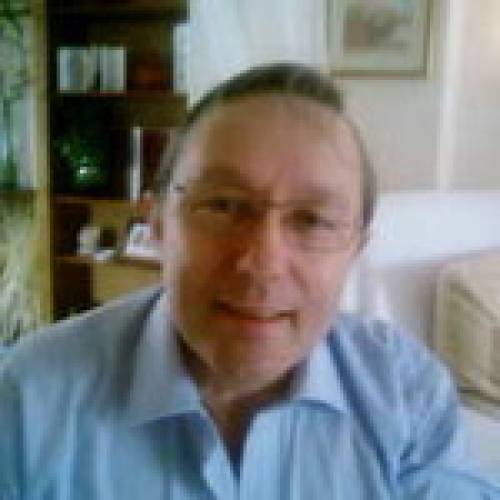 I began my musical life as most musicians do by playing the recorder. This led onto the trumpet and then the trombone .At the age of 15 I joined the Army as a trombone player quickly rising through the playing ranks of the Junior Army Service and then onto Kneller Hall in London. Here I studied trombone under Mr William Teskey(Principal trombone Covent Garden) and Mr Dennis Bayton(Taverners Big Band).

I also studied theory and composition under Mr. R.G Swift. It was here that I acquired a thirst for the knowledge of other wind and brass instruments and was frequently seen mixing with all sorts of musicians both in and out of bars! In 1973 I joined The Queens Royal Irish Hussars band and was their Solo Trombone player for nine years. It was here that I started to arrange and compose. Whilst in the band I had my first piece played on the national German Radio, it was an arrangement of the Theme from The Godfather.

At this time I was also lucky enough to further my trombone skills, through lessons from the Principal of the BSO, Mr. Dennis Wise.

I left the Army in 1981 and could frequently be found depp-ing in various theatre pits throughout the south coast. The list of ensemble membership runs between big bands, jazz bands, brass ensembles, orchestras, German bands and recorder consorts!

At the present time I am teaching at Thorngrove School . I am also the musical director of The Allegro Wind Band and Andover Light Orchestra . I regularly write and arrange for all these ensembles.

With the birth of the Internet, I regularly talk to musicians from around the world and was honoured to have a piece I'd written performed by The Octava Chamber Orchestra in Seattle on November 2nd 2008. I have also had a Rondo for Strings and a Partita for Solo Violin performed by the same ensemble. I have also been a featured composer at the Hastings International Composers Festival for two years. My publishers include Safe Music, Kistner and Siegel and Music for Brass.

My music has gone worldwide from this site. USA, Mexico, Canada and even China have been some of the many and varied destinations.