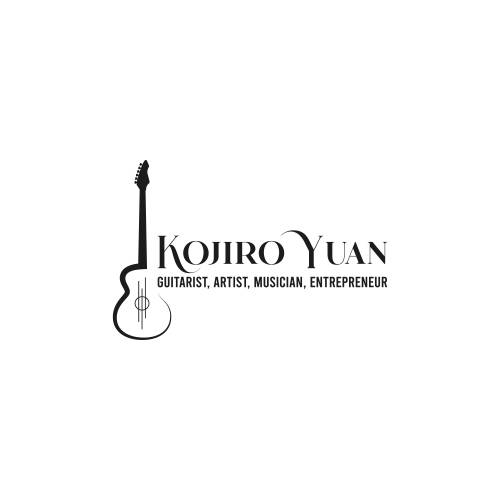 Kojiro Yuan is a Guitarist, Artist, Musician and Entrepreneur who studied guitar at the SF Conservatory of Music and Ruth Asawa SF School of the Arts. He started playing the classical guitar as a teenager. He studied with Scott Cmiel and Matthew Linder at Ruth Asawa San Francisco SOTA. He also studied under David Tanenbaum and Larry Ferrara at the San Francisco Conservatory of Music. He has won many awards, scholarships, and competitions throughout his career that were both national and local. His playing has been praised by some of the world’s most renowned classical guitar players.

At the Ruth Asawa San Francisco School of the Arts, he performed 14 High School Solo Guitar Recitals. He also performed 2 Chamber Music Concerts as apart of the SOTA Guitar Quartet and 2015-2016 SOTA Concerto Concert. He also participated in the California State University- Monterey Bay, The Classical Guitar Innovators and Instigators.Summer Arts July 2015, in which he earned an A Grade from.

At the San Francisco Conservatory of Music for his Bachelor of Music in Guitar, he performed 7 solo guitar concerts. He also participated in a Quartet performance in the Spring of 2017 with Los Angeles Guitar Quartet Member John Dearman.

He has done a variety of community service with his music and teaching. In December 2015, he did a solo guitar concert for the local public hospital fundraiser at the Zuckerberg San Francisco General Hospital and Trauma Center. He also taught private classical guitar lessons at Lessons for Life in San Francisco from October 2015 to June 2016. These private classical guitar lessons were for middle school students. In September 2019 to May 2020, he did multiple SFCM Gigs and Conservatory Connect Community Engagement Music Performances. This included performances for Senior Centers, Weddings, Parties, Schools, Luncheons, and more.

In May 2017, he started working as a guitar teacher at Vibo Music Center. He has been working there ever since.