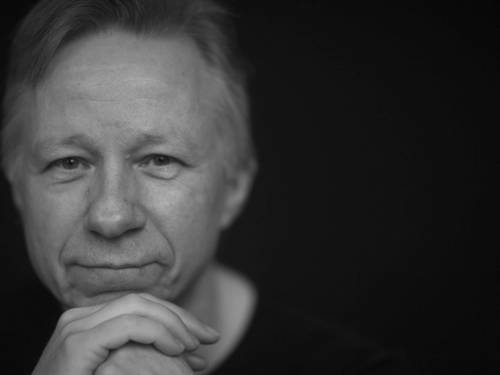 During the years 1984-1991 he worked at Klaipeda branch of Lithuanian Academy of Music (present Faculty of Arts at Klaipeda University), at Jazz Music and Chorus Conducting departments. With Aukuras choir, which he had founded, he has won at several international competitions in Italy, Switzerland, France, Austria and Lithuania, also toured to Sweden, Germany, Czech Republic and elsewhere.

In 1999, with Klaipeda Vocal Ensemble, he took part at the International Competition "C.A.Seghizzi" in Gorizia, Italy, and was awarded a Best Conductor's Certificate.

Vladimir Konstantinov has composed a number of vocal-instrumental works for soloists, choirs and orchestras, as well as music for theatre (including opera for children), religious hymns (published in Liturgical Hymnal, Kaunas, 1993). Several his original works and arrangements have been acquired by and recorded at the Lithuanian Radio.

Among his numerous orchestrations, there are nine pieces of Classic Rock (the hits of Sting, Stewart, Adams, Santana, Osbourne, Collins, The Rolling Stones, U2, Eagles), made for the project of Lithuanian State Symphony Orchestra "The Metamorphoses of Classic Rock" (Vilnius, 2000).

Commissioned by Klaipeda City Municipality, he wrote and performed the Overture-Cantata, and the Music for Fireworks, (for symphony orchestra, soloists, choir and rock group). Both the works were based on historical and contemporary music items of Klaipeda city and region and dedicated to the 750th anniversary of Klaipeda.

In May 2005 he completed an oratorio Requiem Reborn, marked by the stylistics of symphonic rock (premiered in August 2006, in Klaipeda and the resort of Juodkrante, Lithuania. In 2008 the CD of the work was released.).

Professional theaters of Klaipeda city are presenting music performances by Vladimir Konstantinov. These are "A Little Tale of Glass" and "Hundred Kisses from the Princess", opera "What Grandfather Does is Always Right" at the Music Theatre, and the musical "Thumbelina" at Drama Theatre.

In 2009, with Clarinet Factory ensemble (Prague), Eugenijus Konstantinovas (DJ Genys, Vilnius) and Klaipeda State Music Theatre Orchestra, V.Konstantinov conducted the CzechoBalt crossover project, in which his own compositions, as well as works created in co-operation with all the participants were included.

In May 2018, the original score for the short film "Hands" received the Best Music award at Los Angeles Feedback Film Festival.