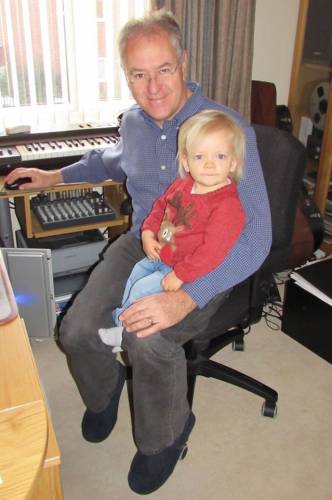 Kevin Edwards is a percussionist from Yorkshire. He studied first at the Royal Manchester College of Music (as a flautist) then at the University of York. He still lives in Yorkshire, having contributed much to the area's music, originally within Bands such as the James Shepherd Versatile Brass and Grimethorpe Band. Intermingled with a teaching career, Kevin has conducted the Vermuyden Concert Band, freelanced with Such orchestras as BBC Concert Orchestra, BBC Northern Radio Orchestra, played regularly with Opera North and its orchestra since the mid 80s, and played in a very varied selection of small ensembles, including DreamTiger the London-based contemporary music group, and Cirrus, a quartet prepared to play literally anything "legal and decent"! Having retired as assistant director of Doncaster Schools' Music Service in 2009 he has filled his time producing CDs for a number of brass bands, making rocking horses, and filming promotional videos. Kevin has also taught in Germany, Norway and twice tutored the National Youth Brass Band of Switzerland.

Tuneseeker
Find that elusive tune by recognising if its notes go up, down or repeat
IN MY DIARY - free desktop organizer
Mayday Music
Musical Services and recordings
ScoreExchange.com is run and owned by ADAP Solutions Ltd. ©
Sell sheet music |
Terms & conditions | Privacy |
Contact us | Advertise