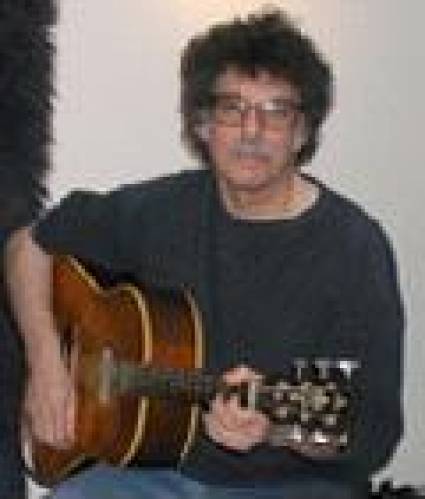 Leigh Cline creates a distinctive style of music that combines his background in folk/blues/Celtic music with the polyrhythms and scales of the Eastern Mediterranean and Asia.

As a performer and mix engineer in the North American folk scene and clubs throughout Canada and the United States (including technical director and World Music researcher for the Toronto-based Mariposa Folk Festival) Leigh had the opportunity to learn directly from many legendary performers. Among these were Mississippi John Hurt; Reverend Gary Davis; blues men Bukka White, Skip James and Lonnie Johnson; country singers such as Maybelle Carter and Doc Boggs.

Leigh was also a researcher for world music and dance for the First World's Crafts Exhibition, as well as the Canadian Broadcasting Corporation's radio and TV networks. He designed the sound system for the National Ballet of Canada's production of "Kraan Erg" by Yannis Xenakis.

After playing with Greek, Turkish and Indian musicians in Canada & the US, Leigh moved to Athens, Greece where he worked with some of that country's leading musicians: the renowned Cretan singer and lyra player Nikos Xilouris; Kostikas Tsakalidis, the legendary master of Pontic/Black Sea kementche (lyra); and Chrysanthos, the finest exponent of Pontic singing.

Since that time Leigh has worked with every major Pontic musician and singer. He has also played with various members of the Halkias, Soukas and Zervas musical families of Epirus, as well as with singers such as Yiota Lydia, Ilias Klonaridis, Stratos Dionysiou, Annoula Vassiliou, Stelios Perpiniadis and many other Laika, Roumeli, Thessaly and Greek Island performers. Currently, Leigh performs live and records both overseas and in North America, with Celtic and Eastern Mediteranean musicians, as well as those from the Caucasus.