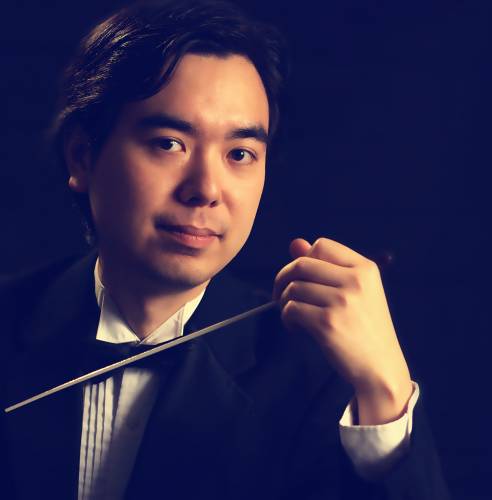 Yong Mao is a doctoral candidate in choral conducting at the University of Oklahoma (OU). Studying with Dr. Richard Zielinski and Dr. David Howard, Yong serves as a graduate teaching assistant and assistant conductor of the University Chorale. He has also worked with OU Chamber Singers, Opera Chorus, Men’s Glee Club, Women’s Chorus, and the Choral Union. Yong is an active guest conductor, choral clinician, consultant, and lecturer, making presentations for many domestic and international seminars, workshops, and festivals. In addition to his regular engagements with Peiyang Chorus and Echo Chamber Singers in China, Yong works closely for International Federation for Choral Music (IFCM), American Choral Directors Association, China Chorus Association, and other non-profit choral organizations.

Before pursuing degrees in choral conducting, Mao completed a bachelor’s degree in electrical engineering at Tianjin University and received periodical professional guidance from Professor Baoping Ren, Professor Lingfen Wu, Dr. Yiping Wu, and Professor Leon Shiu-wai Tong. In November 2006, only three months after Mao’s first podium appearance as associate conductor of Peiyang Chorus, the choir scored second and third in two categories among 41 participating international choirs in the Busan Choral Festival and Competition. Through his hard work and musical talent, Peiyang Chorus, consisting of engineering college students from Tianjin University, has been awarded many more international prizes. Yong has helped Peiyang Chorus achieve a national reputation for their beautiful timbre, branded as the “Tone of Peiyang.” In 2003, one of the concerts on campus only had around 20 people in attendance. Beginning in 2007, after Mao’s contribution as associate conductor, the attendance of every concert by Peiyang Chorus increased to a full house with standing room only. In the following years, this ensemble has received official invitations to perform many concerts in European and American tours. Now, the increased visibility and popularity of Peiyang Chorus allow it to perform over 40 concerts annually.

In 2007, Mao was selected as one of the world’s most promising young choral conductors by IFCM. In early 2012, he was elected as Deputy Director at the Conducting Research Department of the Choral Council of Chinese Universities and received admissions to seven American music schools with their top scholarships. His meticulous attitude and innovative thoughts borrowed from his engineering background lay the foundation for him to continually learn, develop, and create new training methods for choirs. After working closely on the 2014 Oklahoma Choral Directors Association project, the guest conductor and composer Dale Warland commented, “Meeting Yong Mao was one of the highlights of my visit — for he shared stimulating ‘choral insights’ and extensive experiences.” To this day, Yong Mao continues to tour frequently for international choral exchanges, conferences, and workshops.