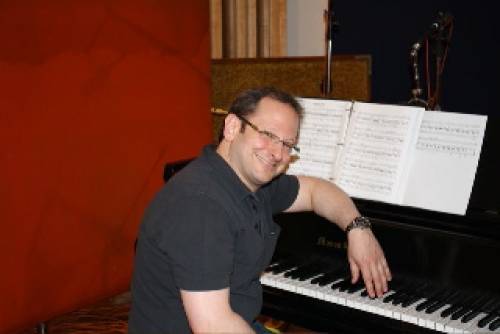 Jeff Marder is a conductor, keyboardist, and synthesizer programmer for Broadway shows. Past credits include Leap of Faith, Newsies, Aladdin, Priscilla Queen of the Desert, Wicked, and many others.

As a composer, his works have been performed at many synagogues throughout the United States, various cantorial conventions, and Jewish music festivals. Other composing credits include commercials for Verizon Fios, Everland Theme Park in South Korea, and the ESPN2 documentary Down the Barrel.

Discography includes cast albums for the Broadway shows Leap of Faith, Newsies, and Priscilla Queen of the Desert in addition to Keve Wilson's "Pure Imagination" and the Harlem Spiritual Ensemble's "Sisters of Freedom".