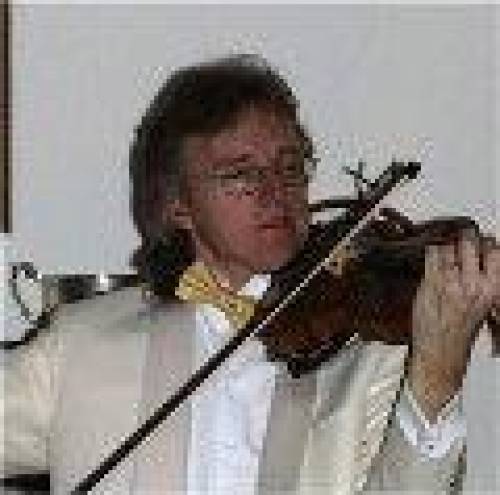 I studied violin in Portsmouth, Hampshire, UK, with Samuel Coates and subsequently continued under Frances Mason at the Royal College of Music where I studied violin, viola and piano.

Solo performances have included the concertos of Mendelssohn, Bruch, Sibelius, Elgar, Dvorak, Tchaikovsky, Mozart's Sinfonia Concertante and Vaughan Williams' The Lark Ascending. I gave a rare performance of the Coleridge-Taylor Violin Concerto at the 2006 Chichester Festivities, to critical acclaim. I will perform the Sibelius concerto in Chichester Cathedral in October 2011, and The Lark Ascending in Chichester in spring 2012.

As a recitalist, I have played for many years as a duo with Richard Barnes, notable features of their partnership being a recital series in Portsmouth's Menuhin Room and a concert at Magdalen College Chapel, Oxford. We have also given performances in Valetta and Gozo cathedrals. Future performances include a recital as part of Temple Church London's lunchtime concert series in October 2011. We specialise in combining rare violin repertoire with well-known works, most recently performing sonatas by Stanford, Parry and Jenner.

Several of my arrangements have been performed in the UK, Germany and the USA, most notably reduced orchestrations of Gilbert & Sullivan's Iolanthe, The Gondoliers, HMS Pinafore and The Pirates of Penzance, as well as excerpts from The Mikado and Thespis. Orchestrations of some Debussy Preludes were performed in April 2006.

Arrangements of 2 Debussy Preludes can be found on the Chichester Music Press website, and a website devoted to my Gilbert and Sullivan reduced orchestrations will be available in the near future.