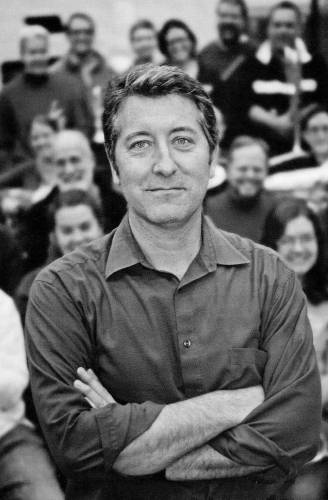 Craig Mason attended the University of Wisconsin at Platteville, where he received a Comprehensive Music Education Degree (Vocal, Instrumental, and General). Craig also earned a Master’s Degree in Music Education at the University of Wisconsin at Madison. He has taught and conducted many Wind Bands, Brass Band, Choir, theater, music theory, jazz, marching band, drum corps, and chamber ensembles in public and private schools, as well as at the university, collegiate, and adult level.

Craig has extensive experience with jazz education and a rich history with the drum and bugle corps genre, dating back to 1976. He was a performer and teacher for the Madison Scouts until 1992, taught several music ensembles in Europe, and is actively involved with the Madison Scouts Alumni Association.

Craig has taught many band clinics, judges marching band contests and solo & ensemble festivals. He is a published composer and has arranged and composed for many marching bands, concert bands, chamber ensembles, brass bands, and drum and bugle corps around the United States, Europe and Japan. Currently he is the Associate Conductor of Bands, Orchestra Conductor, Horn studio teacher, and Lecturer at University of Wisconsin at Platteville.

Craig is also an active performer with the Brass Knuckles Brass Quintet, The Craig Mason Combo and local orchestras and pit orchestras.

Craig is also an active performer with the Brass Knuckles Brass Quintet, The Craig Mason Combo, and the Madison Neophonic Orchestra.

If you are having difficulties printing or transposing, please email Craig!

Links to Craig's performing ensembles as well as other music publishers are listed under "web links" below.