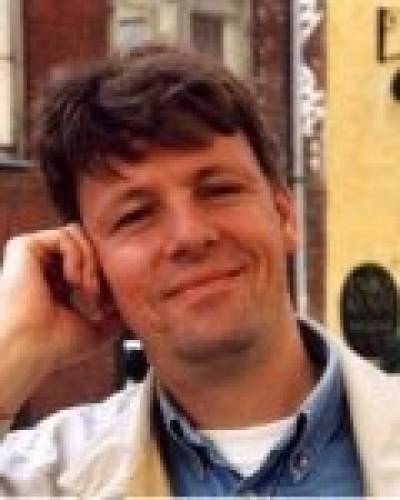 Mike Heemskerk, born 1959 in the Netherlands . At the age of five he was already impressed by the serenity of Renaissance music and the splendour of Baroque music. He studied musicology at the University of Amsterdam and at the University of Utrecht and the Royal Conservatoire at The Hague for a first degree. Since 1988 he has been teaching music and mathematics at secondary schools. He is also coaching new teachers at his school. In his spare time he is making transcriptions of Renaissance music, using the Album and Chansonnier of Marguerite of Austria. His site www.virgamusica.nl is dedicated to the compositions in these manuscripts. The site is mainly in Dutch (for the time being). The picture was taken in Copenhagen by his wife Linda.