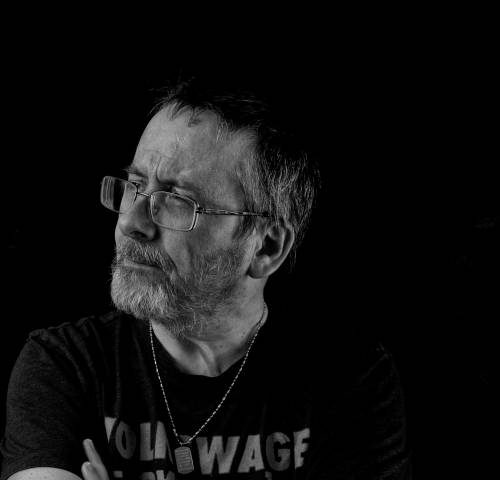 Mike was born in 1956 in Bolton and educated at Thornleigh Salesian College under the guidance of Father 'Jock' McGovern who totally corrupted him and turned him into an Eb tuba player. He started playing with the Eagley Mills Band aged about 13 and rapidly became soloist. After leaving school he did a combined maths and music degree at Manchester University, followed by a PGCE at Didsbury and then became a music teacher in the Wigan area. Mike retired from teaching in 2012 due to ill health.

He has over 45 years of experience as a tuba player, playing in several brass bands in the North West of England over those years. A teacher for 26 years, 23 of those in the same school, Mike was appointed as a teacher governor at his school in 2006 and again in 2010.

Mike has a long association with several local brass bands, including Eagley, Eccles Borough, Orrell Silver and Old Hall Brass. He returned to Eagley in January 2008 as their Associate Conductor, as well as Solo Eb Bass after a gap of 20 years. In 2016, Mike returned to Old Hall Brass after 9 years, where he was welcomed onto the 2nd. Euphonium seat. This change has been forced by Mike's continuing struggle with his long-standing neck problem which means he can no longer hold a tuba.

Mike's school band has won prizes at Wigan Music Festival, playing compositions written by the players in the band, under his tutelage, as well as brass ensemble standards.

Mike does lots of arranging for bands and ensembles, and lately for woodwinds, and now has a number of choral works in his catalogue, including a number of Christmas Carols written for his school choirs. Two of these carols were performed at the school's Christmas services in 2006 and 2007.

Mike has a range of brass/brass band music published by MMI Music, Devilish Music Publishing and Pennine Music Publishers. In retirement he has begun some more serious composition tasks and has already written a number of pieces which are in the process of being published. Among these are a number of collections for brass quintet for Devilish Publishing, including music by Beethoven, Verdi, Mendelssohn, Mozart and J.S.Bach.

Mike's current project is the transcription of all 8 books of of Monteverdi's Madrigals onto brass ensemble. So far he has completed books 1 - 6 and is now starting on Book 7. As the music develops, it becomes more complex and there is a limit to how easily this will transcribe onto 5 parts. He's looking forward to the challenge.

Dislikes : Gelatinous substances, children, teenagers, babies, their parents, grandparents and all their forebears (little joke there -:) ) lies, pastels, gin, 'career' teachers (i.e. those whose only desire in teaching is to take the golden hello and then get out of the classroom as quickly as possible before retiring early on a fat pension) political correctness, being poor.

Don't be afraid of upsetting his feelings - being an ex-teacher, he has a very thick skin. Please go ahead and review his work. If you find any mistooks please let him know by PM. Sometimes the band in his head plays what he wants to hear, rather than what he has actually written. In this case, familiarity breeds deafness. :-)

NOTE : All of the settings of The Lake Isle Of Innisfree are completely different from each other, in character/style as well as orchestration/voicing. Don't be afraid to try them all.