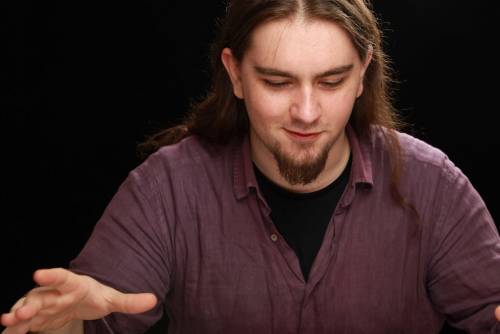 Matthew Whiteside is a composer and orchestrator originally from Northern Ireland currently splitting his time between Glasgow and Lisburn.

He writes music for concert, film and collaborative installations often using live electronics within his compositions. His music being performed across the world including Dublin’s National Concert Hall, Glasgow City Halls, Salem Artworks in New York and the Belfast International Festival at Queen’s. Recently he has composed the soundtrack to The Loudest Sound and collaborated with artists Andrew Cooke and Toshinobu Takamitsu on two audio installations in R-Space in Lisburn, Northern Ireland.

He is in receipt of a Quality Production award from Creative Scotland to compose a new work for viola d’amore, live electronics and motion sensor and record an album of his music. In 2013 he was selected to attend both Ghent Film Festival and Edinburgh International Film Festivals sound lab programmes.

Matthew is a founding member and director of Glasgow based electroacoustic ensemble, Edit-Point, who perform music for tape, instruments and live electronics.