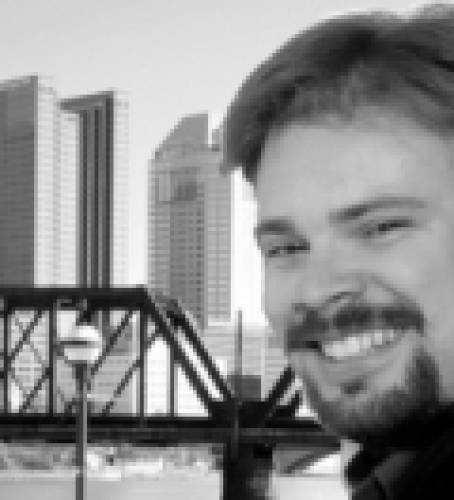 Award winning composer Noah D. Taylor is an exciting and versatile young talent noted as having an "extraordinary gift" and a "grand compositional voice with an immense melodic range". At age 16, Taylor had his first symphonic band works premiered. Merely 8 year later, his concert works have become internationally published and performed. His Concerto No. 1 in D Minor for marimba and orchestra was premiered at the Capital University NOW Music Festival by marimbist Brenton Dunnington and the Capital University-Bexley Community Orchestra in 2005. Since its debut, this concerto has been nationally recognized and performed. Taylor was recently featured as the guest composer at The University of Minnesota's Percussion Extravaganza. There, his work The Hunt for marimba & percussion ensemble was premiered along with the Marimba Concerto.

Taylor's prolific work for Symphonic Band has also become celebrated. His work Condition Red for symphonic band has been widely performed at music conservatories around the nation, with feature performances at the 2004 College Band Directors National Association convention in Cincinnati, Ohio; Kansas State University, Capital University and Ball State University. Most recently, Taylor was awarded 1st prize of the 2005 North American Student Composer Competition, sponsored by the Boston Metropolitan Wind Symphony, whom has commissioned him a new work.

Taylor graduated with a Master of Music in music composition from Bowling Green State University and a Bachelor of Music in music composition from the Capital University Conservatory of Music. He has studied with influential composers, ranging from James Swearingen, Rocky Reuter, and Barry Kopetz to Marilyn Shrude, Burton Beerman and Elainie Lillios.