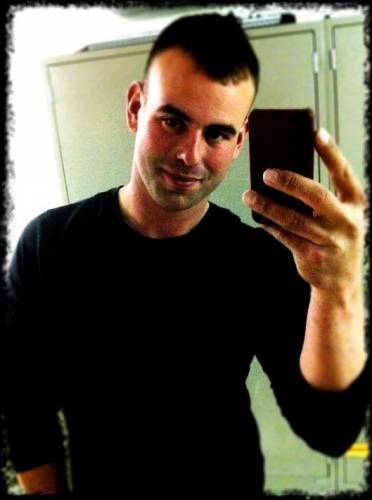 Noel DeLisle grew up in New England and began formal musical training at the age of 3, studying piano, voice, organ, and a number of orchestral instruments. At the age of 12 Noel began composing and has since written and arranged over 300 pieces in more than 7 musical genres. A few of Noel's compositions can be found in the catalogs of Gloria Patri Music, Apparatus Publishing, and Beckenhorst Press.

During his college-level training, Noel founded and directed several elite choral ensembles including Suspiro and One Voice, 2 men's ensembles that performed regularly across the country. In addition to performing at such venues as the New England Conservatory of Music, VH1's Young Artist Spotlight, The Biltmore Estate and Carnegie Hall, Noel has also produced and directed 5 professional recordings that feature both he and a few of his many musical ensembles.

Having now expanded his musical talents to include music technology and production, Noel is building his own recording studio that he hopes to have fully functional in the near future. Apart from music, Noel enjoys spending time with friends, anything related to fitness, and electronic technology. Noel is serving in active duty with the United States Marine Corps and is currently deployed overseas to the Middle East.

Featured Score!
Domine Deus
Vocal Solo Music
Charity
Below Every Mountain
Father Forgive Them
God's Wondrous Gift
Revival's Fire
Where He Leads I'll Follow
Make Me a Vessel
The Refiner's Fire
Women's Vocal Ensemble Music
Take My Life (SSA)
Men's Vocal Ensemble Music
Once in Royal David's City
Be Thou My Vision
Bells on Christmas Day
All Creatures of Our God and King
Be Thou My Vision
Infant Holy, Infant Lowly
Lo, How a Rose E're Blooming
Infant Holy, Infant Lowly
Take My Life
This Train
Shepherds Came, Their Praises Bringing
This is My Father's World
O, the Deep, Deep Love of Jesus
This Train
Steal Away
Masters in This Hall
Choral Music
I Sing the Mighty Power of God
Jesus, Thou Joy of Loving Hearts
A Cold Cup of Water (SAB)
Be Thou My Vision (SATB)
The Dwelling of the Most High
God of the Impossible
Infant Holy, Infant Lowly (SATBB)
In God We Trust
All-Sufficient Grace
Lo, How a Rose E're Blooming (SATBB)
A Cold Cup of Water (SATB)
All-Sufficient Grace (lower key)
Benediction
Nearer, Still Nearer
Charity (Choral)
Steal Away (SATBB)
In the Bleak Midwinter (SATBB)
Mary Had a Baby
Nearer, Still Nearer (SAB)
Piano Solo Music
And Can It Be
Nostalgia
Jesus Loves Me
Children's Piano
Minuet in C
Four Variations on Minuet in C
Brass Ensemble Music
O, Say But I'm Glad
Give Me That Old Time Religion
Washed In the Blood
I Shall Know Him
Orchestral Music
Silent Night
All-Sufficient Grace (orchestral score)
Praise Ye, the Lord, the Almighty
Cry Out to God (radio theme)
In the Quiet Hours
Revival's Fire (orchestral score)
Where He Leads I'll Follow (orchestral)
Educational Music
Ode to Something or Another
Choir Warm-up #2
Choir Warm-up #1
ScoreExchange.com is operated by ADAP Solutions Ltd. ©
Sell sheet music |
Terms | Privacy |
Contact us | Blog |
Advertise | Help