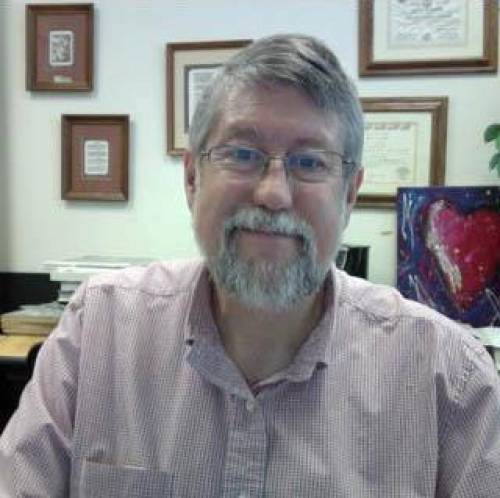 Michael Norton studied voice at James Madison University (Harrisonburg, Virginia USA), where he received his undergraduate degree in 1974. He studied musicology at The Ohio State University (Columbus, Ohio USA), completing his M.A. in 1976 and his Ph.D. in 1983. He has presented papers at many conferences in the US and in Europe, and he has published a number of essays on various aspects of medieval liturgy and drama. He is currently collaborating with art historian, Amelia Carr, in a study of the liturgy of the double monastery at Klosterneuburg (Austria).

Mr. Norton worked as a church musician for nearly 20 years, both part-time and full-time, although he is now content just to sing in the tenor section and torment the altos. He began composing only a few years ago in what seemed at the time an act of madness. He considers himself truly blessed with a choirmaster who not only tolerates his presence, but allows his works to be performed.

For much of the past 30 years, Mr. Norton has worked as a computer programmer and consultant. He is currently on the faculty of the Computer Science Department and the School of Music at James Madison University (Harrisonburg, Virginia USA).