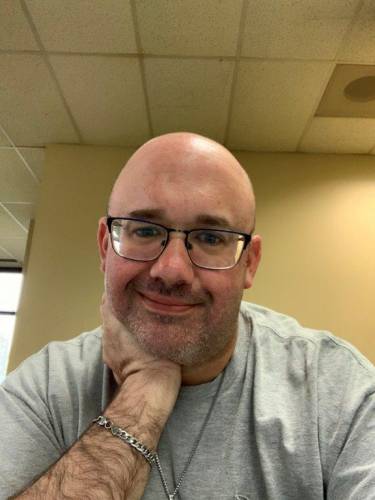 Writing since the age of 10, I started off arranging many pieces to learn melody, orchestration, and harmony. My first composition was written at 18, a trombone quartet. I studied with Stephen Taylor and David Feurzeig at Illinois State University. Though not a very prolific composer, several compositions have been well received. A setting of the "Kyrie" has received multiple performances to rave reviews; a cycle of songs based upon the Laments of Jeremiah, entitled "Songs of Lament," was called "hauntingly powerful" and "thought provoking." I have also set several Psalms to music, including 27, 42-3, 51, 121, and 138. My secular output includes several preludes for piano, the above mentioned trombone quartet, and two sets of Celtic pieces for flute and guitar. I recently completed an anthem for choir and trombones for Christ the King Sunday (Sunday before Advent) and a piano quintet. Current influences include Arvo Part, John Tavener, Philip Glass, and Anton Bruckner. I listen to a lot of music and read a great deal to get ideas.

If I were to describe my style, it would be simply back to basics, hence the minimalist. Writing for the church and for liturgical purposes, a wall of lines and dissonance would be ill advised, hence the orthodox. I am not against modernity, dodecaphony, serialism, and the like; it just isn't my medium. I look at composition as an extension of my ministry, which is to reach as many lay persons as possible. By making the sounds accessible to the average listener, I can better share the Gospel….even in my secular pieces.