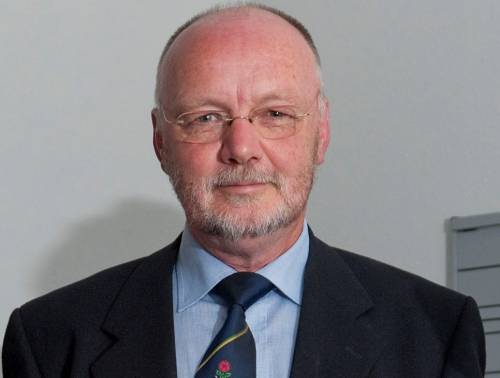 Patrick was educated at the Royal Academy of Music and London University Institute of Education. His teaching career included Head of Music in three different schools and Deputy Headteacher at Crawshaw High School, Pudsey, Leeds until 2006. During this time he ran a school big band for 27 years - some of the band's original numbers are available on this website. He is now retired from teaching.

He was the winner of the biennial Cornwall International Male Voice Choral Festival Composition Competition in 2010-11 and again in 2012-13.

"Sacrifices", a World War 1 commemorative choral work (available on this website), was very successfully premiered in Ripon Cathedral, North Yorkshire on Saturday 15th November 2014 by the Ripon Choral Society under the direction of John Dunford. A version of this work with accompaniment for two pianos (for smaller choral groups) was first performed three times in one week by the Tadchorale (North Yorkshire) in November 2015; it can be obtained by emailing the composer via this website. The version with orchestral accompaniment was performed by the Wetherby Choral Society in November 2016.

Members from these three choral societies combined on Sat. 21st July 2018, together with the Orchestra d'Amici and baritone soloist, Thom Meredith, to create a recording of the complete work.

Patrick has been the Musical Director of the Harrogate Male Voice Choir from April 2014 until lockdown in 2020; some of his original compositions and arrangements for this choir are available on this website.