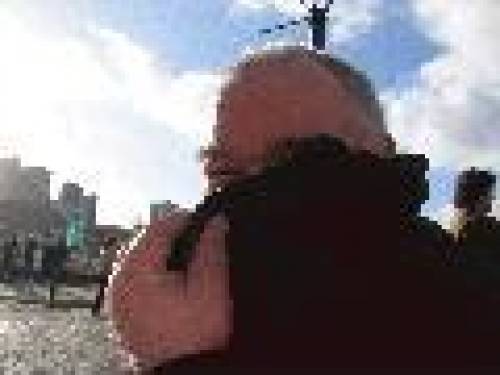 Born a few months before england last won the World Cup in Houghton-le-Spring a small town that was in Durham at the time but is now in Tyne and Wear. Although Christened Paul Martin Humphrey I have always been known as Martin. It gets confusing when people call me paul and i tend not answer. Started studying the Pianoforte in 1973! Under the illustious Miss Agnus Plaice at the time she was only about 65 years old and still had slight hearing in one of her ears. Over the next 9 years of listening to mine and others ham-fisted attempts at playing pianoforte her deafness became complete. But this never deterred her from teaching Music.

At the age of 11 I attended Bernard Gilpin Comprehensive School, this was where my music career really took a massive nose dive as i started to learn Bb tenor Saxophone (I am still known in certain quarters as zoot) I never really looked like making a go on saxophone, far too many buttons and a little bit temperamental for me, Mr Tom Gibson the head of music at BGS asked me if I would go on TUBA as the band needed a tuba player for its upcoming tour of Holland. As an impressionable 12 year old the thought of spending 10 days in and around Hollands cultural attractions was to irrisistable, so i dumped my zoot image in favour of Tubby. The tour was a huge success and led to my first exposure to the joys of tabs, alchohol, marijuana, red light districts, transvestites and police with guns that actually fired, of course these were just observations of others, i never indulged myself at such a tender age.

After a few years on Tuba i won a Bursary to study under proffesor S Roebuck from the Halle Orchestra. In 1982 i was invited to attended the scholarship auditions at the Royal Academy, I got through to the last 12 candidates but narrowly missed out on a scholarship to study music so I opted for a career in engineering and began work as a fitter/turner at Rolls Royce Aero Division PLC. I stayed in engineering for 9 years when i was asked to attend a course at Sunderland polytechnic and train to be a music teacher. Three years later i began teaching music at Seaham School and for my sins I have been there ever since!

Throughout all this time i have been a big football fan, spending most saturday afternoons at roker park then over the last 10 years the Sunderland Stadium of Light cheering the one and only Sunderland associated football club through their lows and lower achievements!!

My oher big hobby is traveling, particularly to countries in the formaer Eastern Block where beer prices seem to be frozen in the 1980's, I have visited Bulgaria 33p a pint, Czech republic 26p a pint, Estonia 85p a pint and poland 70p a pint. I plan to visit Ukraine, Russia, Romania, and slovakia in the Future. I have also been a member of the Riverside Chester le Street Brass Band for 24 years and in fact I am their Composer/Arranger in residence. (a rather grandiose title for the person who people ask "Martin mate would yer please arrange Cushy Butterfield for Brass Band, Vacumn Cleaner, Solo Soprano and large Alsation adding symphonic variations if possible") I have also been Musical Director of several local theatre groups and MD'd many of the most popular shows including the world premier of Wyrd Sisters the Opera.